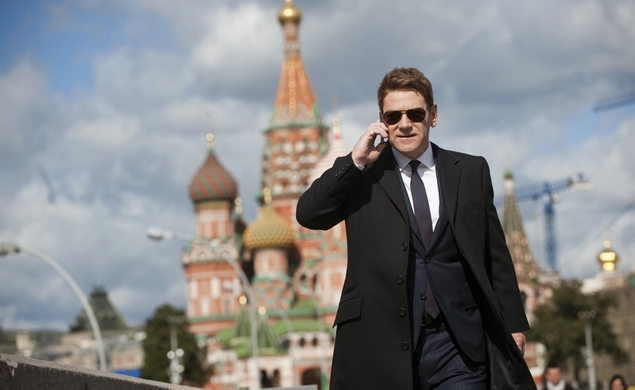 If you’ve paid attention to the news even a little bit lately, you’ll have noticed that Russian/American relations aren’t going so well these days. And even if you’ve been focusing squarely on the movies, you’ve probably noticed more movies with Russian bad guys popping of late in films like Jack Ryan: Shadow Recruit, which depicts Russia as a corrupt world in which unscrupulous businessmen serve the interests of politicians with designs on taking over the globe. (A crazy bit of fiction, of course.) Trouble is: Russia’s noticed too. The Hollywood Reporter has a long piece today about calls from Russian parliament members to limit or even ban American films.

“In some films, anti-social and sometimes anti-Russian rhetoric is present, confusing the younger generation,” the piece quotes Vladislav Grib as saying. The first deputy secretary of the Civic Chamber Of Russia, an ancillary governmental body created at the suggestion of Valdimir Putin in 2004, Grib goes on to say that Hollywood films have kept audiences away from Russian movies.

It’s a compelling piece that’s well worth a read, especially for this telling quote from Russian director Yuri Kara, who proposed a ban remain in effect until the U.S. lifts sanctions: “Hollywood would exert pressure on Obama, and he would lift the sanctions.” With foreign grosses more important than ever, every territory counts to Hollywood. Russia is now “the world’s sixth-largest movie market” and in 2013 American films “accounted for more the 75 percent of the [market’s] total gross.” Banning or limiting U.S. films wouldn’t just be about objections to content, but about politics, opening up a new economic front in what’s currently a war of words, sanctions, and sub rosa maneuvering. Which, when you think about it, sounds like material for a pretty gripping movie.