Our next Movie Of The Week: McCabe & Mrs. Miller 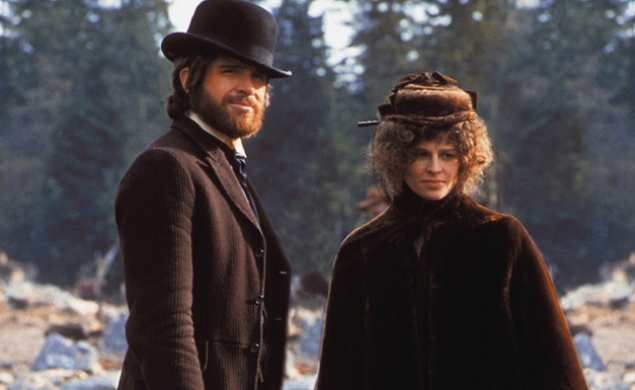 McCabe & Mrs. Miller isn’t just the Robert Altman version of a Western, it’s also—in a roundabout way—a documentary about a construction project. When Altman and his cast and crew traveled up to Vancouver to tell the tragicomic story of entrepreneurial gambler John McCabe (played by Warren Beatty) and brothel madam Constance Miller (Julie Christie), they shot the film in close to chronological order, and had local carpenters build McCabe and Mrs. Miller’s town of Presbyterian Church as the plot progressed. As McCabe and Mrs. Miller succeed, their community grows, and more characters (and actors) start popping up in the backgrounds. By the time of the movie’s climactic shootout in the snow, what had started as a few slapped-together, sparsely populated buildings in a small mining village becomes a real place.

The beauty of McCabe & Mrs. Miller (a movie that Roger Ebert called the great Altman’s only “perfect” film) is that Altman doesn’t make any extraordinary effort to highlight how Presbyterian Church is growing. It just happens before the audience’s eyes—in the same way that what initially may seem like a plotless and even pointless sketch of life in the American Northwest at the start of the 1900s turns into a suspenseful film about McCabe trying to fend off a greedy corporation’s hired guns. This is a movie about two people who build something nice together, but make it so nice that the forces of big business roll in, demanding to buy them out cheap or to drive them out permanently.

Or at least that’s one reading of the film. McCabe & Mrs. Miller is my favorite movie of all time because it’s rich enough to support several interpretations—including one where McCabe and Mrs. Miller are short-sighted, self-centered criminals who get an overdue comeuppance. That one is not my take. For my Keynote essay for our Movie Of The Week discussion of McCabe & Mrs. Miller next week, I’m going to write about McCabe as a businessman, and six scenes in the film that show characters in negotiations, bargaining first for money and then for their lives (as seen in the clip below). We’ll also have a secondary essay on Thursday from Matthew Dessem about the process of adapting the largely forgotten novel that inspired the film, and a conversation about the film between Keith Phipps and Scott Tobias. So ride the steam-powered wagon up from Bearpaw to Presbyterian Church next week, and see what Robert Altman and his band of artisans built back in 1971.