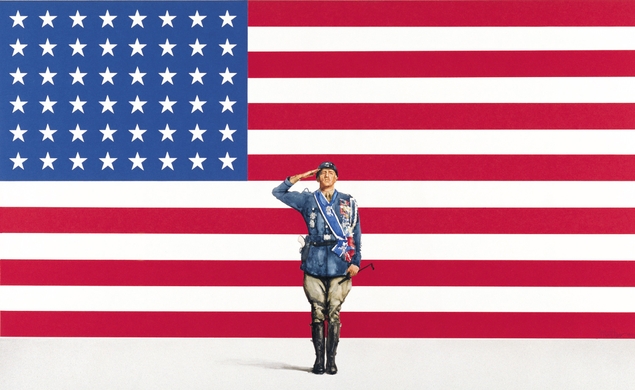 When the biopic Patton came out in 1970, Vietnam-weary American moviegoers were more inclined to go see films that mocked war and warriors, but Patton became a big hit and a Best Picture Oscar-winner regardless, because (Oscar-winning) director Franklin J. Schaffner and (Oscar-winning) screenwriters Edmund North and Francis Ford Coppola threaded a very narrow needle. For those who want to see Patton as patriotic, George C. Scott’s (Oscar-winning) performance as General George S. Patton is so much fun—as he barks orders and strategizes and aggravates his peers and superiors—that it’s easy to read the film as pro-military. But the way the movie depicts the arrogance and single-mindedness of career Army officers can also be read as satirical. The film’s a well-crafted mix of a mainstream Hollywood war drama and a layered character-piece. And though Coppola’s not entirely responsible for the script, Patton has a lot of his touch, from the rough language of men who’ve spent their whole lives studying battles to the ingenious time-hopping structure. Patton airs on Turner Classic Movies at 8 p.m. Eastern.