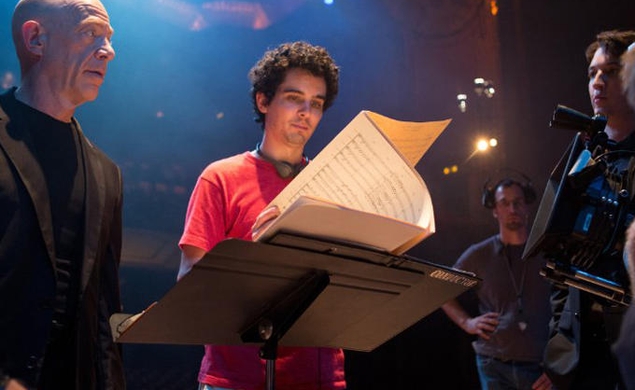 Damien Chazelle’s brutal drama Whiplash has drummed up (ba-dum chh!) a substantial buzz as it’s made its rounds through the festival circuit. Our own Nathan Rabin called it “a riveting war of wills that closes with a thundering climax” in his report from Sundance back in January. As all hot festival-darling directors do, Chazelle has now set his gaze on a splashy follow-up project. HitFix reports that Chazelle has begun negotiations to helm First Man, a biopic about astronaut and, if you ask the right people, hoax-perpetuator Neil Armstrong. Universal has hired Josh Singer of The Fifth Estate to write the script, though no actor with the right stuff has been selected to step into Armstrong’s moon boots.

HitFix goes on to note that an Armstrong project has, like so much space junk, been floating around Hollywood for upwards of 10 years. There was a time when Clint Eastwood was going to produce-direct, but he must have found something better to do (you know, like picking up the Best Picture and Director Oscars for Million Dollar Baby). Armstrong’s story is the stuff Oscar gold is made of: After earning his stripes as a test pilot, he stepped up for America’s nascent space program and took his legendary moon walk in 1969. Following that, he retreated into a life of seclusion, moving to the country and shying away from publicized appearances.

Before Chazelle can take one small step for filmmaker-kind, he’ll release La La Land, a musical-romance that will bring him together with Whiplash star Miles Teller as well as Emma Watson. Between the impending public release of Whiplash, a romance starring one of the most bankable young actresses not named Jennifer Lawrence, and a big shiny biopic, Chazelle could be on a rocket straight to the tippity-top of the A-list.