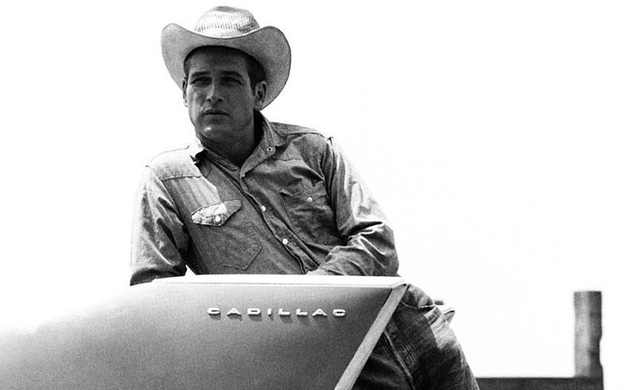 Paul Newman made some good films in the 1950s, but he really came into his own as an actor and a star in the 1960s, first with 1961’s The Hustler and then with 1963’s Hud—two movies which saw him playing cocky, complicated guys, with charm, talent, and colossal egos that made them come off like complete assholes sometimes. Based on the Larry McMurtry novel Horseman, Pass By—McMurtry’s first novel, and the first to get adapted into a film—Hud stars Newman as the title character, a cattleman’s son who clashes with his father over the way he’s running the ranch that Hud hopes to inherit. A different kind of western, Hud is partly about the boredom of rural small towns, where there’s nothing to do but scheme and sleep around. (Hud’s makes frequent advances toward the family housekeeper, played by Patricia Neal, who won an Oscar for her role.) Newman plays the big fish in his small town with a combination of sympathetic frustration and obnoxious swagger. It’s one of his signature performances: A not-so-nice guy who’s absolutely riveting even when he’s standing still and silent, one hand on a cocked hip. Hud airs on Turner Classic Movies at 9:45 p.m. Eastern.