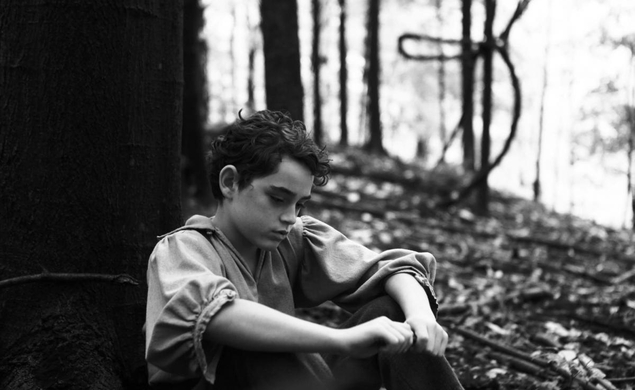 By all accounts, A.J. Edwards’ directorial debut The Better Angels, a black-and-white portrait of Abraham Lincoln’s boyhood—call it Really Young Mr. Lincoln—bears the stamp of its producer, Terrence Malick, for whom Edwards has served as editorial intern on The New World, “key artistic consultant” on The Tree Of Life, and editor on To The Wonder and an untitled project due in 2015. Coming out of Sundance, where the film received mostly positive notices—including one from our own Noel Murray—The Better Angels got scooped up by upstart distributor Amplify and will get a limited release in early November. For now, there’s this brief but affecting trailer, which indeed affirms the Malick influence, particularly the scenes of growing up in The Tree Of Life, with a son contending with a domineering father:

Title: The Better Angels
Director: A.J. Edwards
Writer: A.J. Edwards
Cast: Braydon Denney, Jason Clarke, Diane Kruger, Brit Marling, Wes Bentley
Release date: November 7, 2014
Tagline: N/A. And perhaps not forthcoming, either, because the movie seems above taglines. But I’ll offer one up for free: “The child is the father of the President.” You’re welcome, Amplify.
The entire trailer in one line of dialogue: “He won’t stay in these woods forever. He’ll make his mark.”
The entire trailer in one screengrab:

Between this, John Ford’s Young Mr. Lincoln, and Steven Spielberg’s Lincoln, Lincoln’s life and legacy has now been comprehensively and artfully documented on screen. Because Edwards’ film is produced on a much smaller scale than the other two, he has to rely on impressions of Lincoln’s boyhood rather than the events that would define him in the public eye, but the trailer shows how much can be done on a minimal budget in the current independent era.

Edwards does an excellent job of structuring the young Lincoln’s story as a series of major and minor life events, all pointing him toward a life of education and empathy. Even better, Edwards creates the atmosphere of life in the woods in the early 19th century, which could be edenic when nature was kind and hellish when the weather turned or disease crept in.