Apparently the third Taken is really going to be called Tak3n 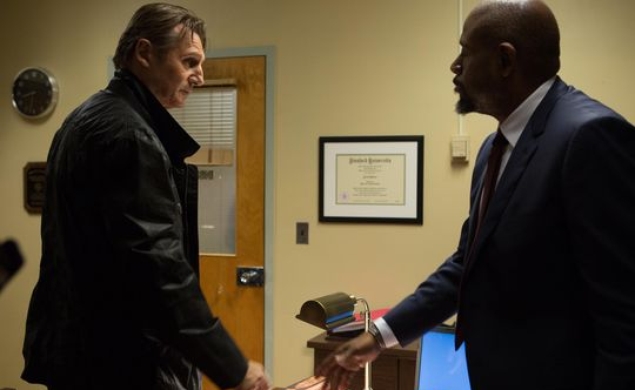 We enjoy a bit of japery with our news here at The Dissolve. That humor often takes the shape of jokes at the expense of poorly named sequels, such as our imagined The Girl With The Dragon Ta2 or Trans4mers. So we want to make it perfectly clear that we are in no way joking when we tell you that the third installment of the hugely popular Liam Neeson throat-punching franchise Taken is going to be called Tak3n. This is not a hilarious joke satirizing boneheaded executive branding decisions. It’s just a boneheaded executive branding decision.

USA Today has revealed that the third film in the series (which, again, is actually called Tak3n according to the article) will storm theaters on January 9, 2015, with Neeson reprising his role as middle-aged badass Bryan Mills. In the first film, Bryan left a trail of bruised torsos through Europe as he fought to rescue his abducted daughter from a life of sex slavery. In Tak2n (that one’s a joke), Bryan and his ex-wife freed themselves from an abduction of their own at the hands of Albanian gangsters. In a quote from USA Today, Neeson reveals that Tak3n will tak3 a different approach to the tested-and-true formula:

“I have to go on the run, I’ll put it that way, from the not-so-lawful types and the lawful authorities,” Neeson said. “Bryan Mills served his country faithfully, but now even they are after him. They must not like me.”

All of that is to say that nobody gets literally taken in this new film, leaving fans to ponder which of the series’ myriad metaphorical takings lends itself to the title. Perhaps it’s the way that Liam Neeson has been taken from a career of award-winning dramatic performances into a life of workmanlike action heroism. Maybe Forest Whitaker, who will join the cast of Tak3n as a law-enforcement agent, will undergo a taking. That’s for Neeson to know and for us to find out. All that matters now is that the film is called Tak3n.