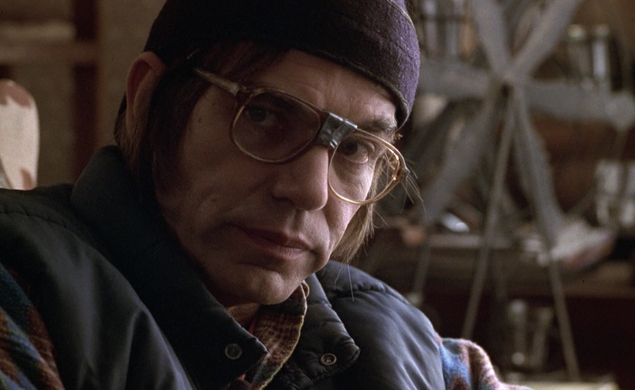 Decades before Billy Bob Thornton played a Coens-once-removed character in the Fargo TV series—and a few years before he worked with the actual Joel and Ethan Coen—Thornton gave one of his best performances in the decidedly Coens-esque A Simple Plan, directed by the brothers’ longtime friend Sam Raimi. Based on a thriller novel by Scott Smith (who also wrote the script), A Simple Plan stars Thornton and Bill Paxton as brothers who are out in the woods with a friend (played by Brent Briscoe) when they discover a crashed airplane containing over four million dollars. The three decide that if they can just keep quiet and sit on the money for a few months, they can split the loot and move away. But they can’t resist talking about it, making plans, and even spending what they don’t yet have. Smith and Raimi carefully and craftily lay out how a “simple plan” can go awry, but more than that they detail how ordinary, seemingly content people can be overwhelmed by want. Thornton embodies that the best, playing a dumb-but-decent guy who discovers his capacity for evil when he’s pushed. A Simple Plan airs on Epix Drive-In at 5:50 p.m. Eastern (and this morning at 11 a.m., for early risers).