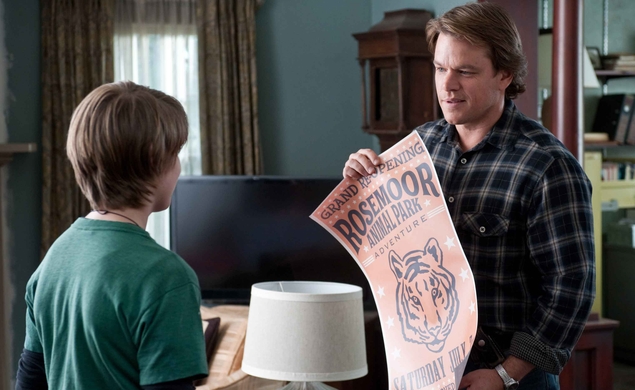 Matt Damon has made headlines in recent weeks with the announcement that he’s planning to reprise the role of Jason Bourne for a new installment of the espionage franchise, to be helmed by Paul Greengrass. He’s also attached to star in Ridley Scott’s upcoming cosmic adventure film The Martian, to be released in November 2015. Damon must be familiar with that expression about idle hands, because Deadline reports that the actor is flirting with another project from a big-name prestige director.

Chinese great Zhang Yimou is in the process of developing an epic about the conception of the Great Wall Of China called, appropriately, The Great Wall. It’s an odd fit for Damon, who has worked with plenty of great filmmakers, but rarely in foreign-language undertakings such as this. The missing link connecting Damon to the film is writer Tony Gilroy, who penned the latest draft of The Great Wall’s script, originally from Carlo Bernard and Doug Miro. Gilroy and Damon know each other from Gilroy’s time spent writing the Bourne scripts.

“Matt Damon directed by Zhang Yimou” is an unlikely logline to begin with, most especially in a sweeping drama about China’s historical lineage. What role Damon might play as a white actor in an Asian film is not clear, but it may be worth noting that Ed Zwick—director of The Last Samurai, in which noted white person Tom Cruise proves himself to be a superior samurai to actual Asian men—was originally slated to direct The Great Wall. This isn’t Yimou’s first go-round chronicling China’s turbulent medieval age, however. Both Hero and House Of Flying Daggers took place during a bygone era of warring clans and political maneuverers jockeying for power. Yimou knows action and Damon knows action; surely, that will be able to transcend any regional differences, which is kind of beautiful when you think about it.