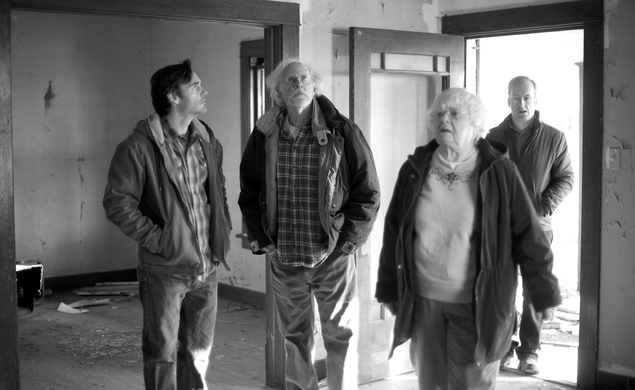 One of last year’s most surprising films, director Alexander Payne’s Nebraska (written by Bob Nelson) begins as an alternately dry and broad slice of middle American life, following underachieving big-box-store salesperson David Grant (played by Will Forte) as he accompanies his decrepit, senile father Woody (Bruce Dern) on a futile trip from Montana to Nebraska to claim a nonexistent sweepstakes prize. But just when Nebraska is starting to seem like a slow-paced cartoon, the other members of the Grant family—played by June Squibb and Bob Odenkirk—show up and change the energy of the film. As the relatives and friends from Woody’s hometown dredge up old grudges, demonstrating exactly how the old man got so beaten down in the first place, Woody’s wife and sons stand up for him in their own way, refusing to apologize for skedaddling from Nebraska to have their own lives somewhere else. By the end Nebraska has become less of a quirky road-trip movie than a profound exploration of family roots. (And it’s a gorgeously shot one to boot, with cinematographer Phedon Papamichael making great use of the vastness of the Great Plains.) Nebraska airs on Epix at 8 p.m. Eastern.