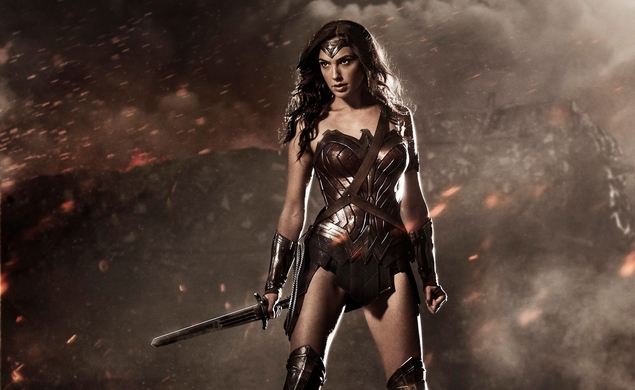 Marvel’s business model—combining its characters into one enormous shared universe—has been so enormously successful that it’s been copied by almost every other studio in Hollywood. Universal wants to turn its classic monsters like Frankenstein and Dracula into a cinematic universe; God help us, Dan Aykroyd even thinks Ghostbusters can spawn its own interconnected multi-series juggernaut. At this point, it seems like no property is safe from this approach. Soon, there won’t be any movies anymore, and barely any franchises. Just universes.

That’s what makes the comments from DC Comics’ chief creative officer and comic-book writer Geoff Johns in Variety this week particularly striking. They came in a piece specifically about the evolution of the shared-universe model, particularly as it applies to the interplay between film and television. Where Marvel has begun connecting its TV series (Agents Of S.H.I.E.L.D., the upcoming Agent Carter) to its movies to create one ginormous cross-medium continuity, John says DC’s own rapidly expanding roster of properties (Arrow, Constantine, Gotham, The Flash on TV; Batman V Superman in film) will not follow the Marvel model:

“Johns is adamant that their projects should remain separate, with no crossover between mediums. ‘We want to give freedom to creators… so that they can take their passion [and make] the best show, the best film, the best game without having to tie it into other things,’ he says.”

Obviously Warner Bros.’ DC movies will have some crossover; Batman V Superman isn’t subtitled “Dawn Of Justice” because it’s not going to connect to the upcoming Justice League movie. But clearly the studio won’t be quite so precious with its characters; theoretically, there could be a Green Arrow in the Justice League film that’s different from the one on television.

Is that a good idea or a bad idea? It’s certainly a good one for people who don’t want to buy or watch every single piece of media a company wants to put out in order to follow the story. There’s something to be said for a Batman fan being able to follow just Gotham, and get the whole story without having to DVR The Flash each week to find out what’s happening over there, too. On the other hand, it can get a bit confusing once you start having multiple versions of characters running around at the same time. (Try explaining the concept of “Ultimate Spider-Man” to a non-comics reader sometime; it’s not easy.) A shared universe is both more complex and more simple.

Marvel and DC have been competitors for decades, and often testy ones. Maybe the most interesting thing about Johns’ comments is that it seems to continue that rivalry. DC (and Warners) may replicate Marvel’s schtick on the big-screen. But it also wants to make it clear it has its own way of doing things.