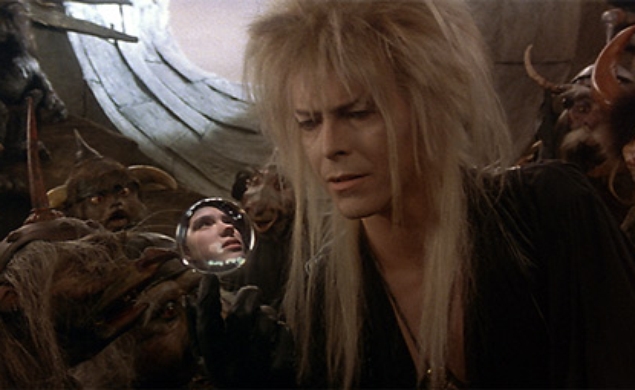 Jim Henson was a prime example of that peculiar subcultural type: the hippie nerd. A gentle, philosophical soul with an admirable DIY industriousness, Henson also had a weakness for fantasy fiction and fairy tales, and in the 1980s he leveraged the worldwide popularity of The Muppets to create his own unique fantasy worlds on film. Neither 1982’s The Dark Crystal nor 1986’s Labyrinth is wholly successful creatively—and Labyrinth tanked at the box office to boot—but both are loaded with Henson’s personality and imagination. The Dark Crystal’s story of a questing alien elf and Labyrinth’s story of a teenager (played by Jennifer Connelly!) tormented by a Goblin King (played by David Bowie!) are populated by weird creatures and esoteric concepts, and while the films are far more leaden than Henson’s Muppet projects, they have a sense of wonder, and a faith in the capabilities of the young. The Dark Crystal airs tonight on HDNet Movies at 5 p.m. Eastern and again at 8:35; Labyrinth airs at 6:45 and 10:15.