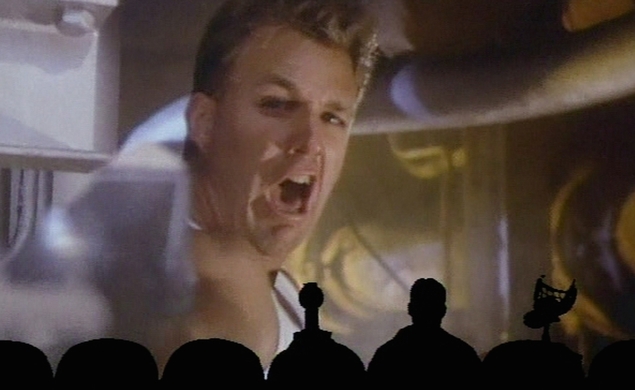 Attention MSTies: 80 episodes of your beloved Mystery Science Theater 3000 are now available to either rent or purchase on Vimeo. The site boasts that once purchased, the shows can be viewed “forever and ever, anywhere and everywhere.” In the not-too-distant future, you’ll be able to own them all. And when I say the not-too-distant future, I mean, like, within the next 15 minutes. They’re already all up on Vimeo; if you’ve got $300, the whole set can be yours.

If you prefer the a la carte route, it’s $2.99 for a rental and $9.99 for a purchase on MST3K episode on Vimeo; a quick scan of the episode list reveals that the offerings already include favorites like Mitchell, Eegah, Pod People, Bride Of The Monster, and more Gameras than you can shake a giant turtle at. Frankly, it all sounds like part of an elaborate scheme by the show’s evil Dr. Forrester to me; you buy the episodes, and the next thing you know, your laptop emits knockout gas, and you wake up on a low-orbit satellite watching Attack Of The Giant Leeches. But I’m a paranoid person by nature.

The enduring cult of this show continues to amaze me. MST3K has been off the air since 1999. (I know the year because I still remember watching the final episode in a friend’s dorm room during freshman year of college; I can neither confirm nor deny reports that my eyes got a little MSTy during the final scene.) But the show still sells well on DVD and Blu-ray, and the series’ alumni have founded two different and successful spinoff groups. It also popularized the act of watching bad movies for pleasure (not to mention for profit). Frankly, it kind of surprises me that creator Joel Hodgson and company haven’t tried a full-on series revival on YouTube; that medium seems tailor-made for them.

According to Variety, Vimeo has the exclusive rights to any newly released MST3K episodes over the next year (though you can still watch about 25 episodes on Hulu, and Netflix has a few too). But clearly if you’re looking to celebrate an early Patrick Swayze Christmas this year, the full set is the way to go.