The Dissolve on... misleading trailers 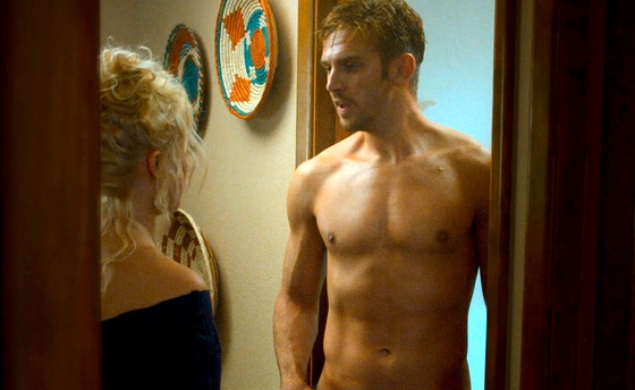 Yesterday, Scott Tobias dubbed The Guest, the latest stylish genre exercise from You’re Next director Adam Wingard, “Essential Viewing.” This apparently surpsised some of our readers who were left cold by the film’s trailer, which underplays The Guest’s dark humor and slow-burning premise, in favor of what looks like a fairly standard action-thriller with weird undertones of a Nicholas Sparksian romance. There’s arguably far too much genre-hopping and plot-twisting in the actual film to translate to a 120-second trailer, but The Guest deserved better than it got from its promotional campaign. That got us thinking about other films that ended up being much different from what their trailers promised. Like:

Dogville (2003): Lars von Trier’s 2003 drama is a hard sell: Like so many of his films of that era, it’s an excruciating story about a woman whose gentleness turns her into a victim. Vulnerability, in von Trier’s eyes, seemingly acts as blood in the water to ordinary people, who see it as not just a license to expose their own bottomless brutality, but an actual mandate. On top of that, Dogville is heavily stylized: It takes place on a dark, near-empty soundstage, where an entire small town is suggested by painted outlines, stenciled labels, and a few bare flats. Whoever cut the trailer clearly hoped to conceal that particular bit of weirdness, and tried to make it look like a warm, melancholy film about a woman rediscovering herself in some kind of normal small town with things like houses and lawns. Which means a trailer that pushes in close on faces, crops out the backgrounds (or lack thereof), adds some CGI frames to obscure the visuals, and generally tries to keep the film out of the trailer as much as possible. When it first came out on DVD, a friend of mine was working at Blockbuster, and she had to refund multiple customers who returned the film after watching just a few minutes, because it wasn’t remotely what they expected—including one genius who claimed the DVD of the film was faulty, because “the buildings aren’t showing up when I watch it.” She had to restrain herself from telling him to try fiddling with his “sets” dial, to see if it was turned down too low. That said, it’s easy to understand how he didn’t expect a set-free film, after this trailer. —Tasha Robinson

Drive (2011): It’s not like the thrilling events in the trailer for Drive don’t happen in the movie. After all, Ryan Gosling’s gearhead serves as a wheelman on heists, a stuntman in movies, and a race-car driver, and he gets in enough jams with the criminal element to necessitate a high-speed chase scene and a motel shoot-’em-up. But Drive is ultimately a mood piece, steeped in the lonely ambience of Jean-Pierre Melville’s Le Samouraï or a Michael Mann movie, and only occasionally punctuated by violence and suspense. The trailer reveals how little faith the distributor, FilmDistrict, had in selling Nicolas Winding Refn’s film as it actually is. Instead, it tries to convince audiences that they’re in for the next Fast And The Furious movie. People might have felt ripped off, but perhaps that jibes with Gosling’s take-the-money-and-run services. —Scott Tobias

WALL-E (2008): A Pixar movie doesn’t really need a good trailer to get me into the theater; with the exception of another Cars sequel, there’s little the company could do that would keep me away from its latest offering. But without that pedigree, I’m not sure I would have lined up to see WALL-E based on its trailer alone. It looks gorgeous, as is expected of Pixar at this point, but it sells the story as a hijinks-laden robot adventure, and looks much more kiddie-centric than the actual film ended up being. For one thing, an obtrusive narrator obscures the near-silent nature of the film’s opening act—something I’m sure parents of easily bored children might have appreciated knowing about going in—and the sorta-romance between WALL-E and EVE is heightened considerably. Basically, the trailer makes it looks something like a Star Wars-esque outer-space romp, populated by wacky robots and lots of crash-bang action, which is only maybe 10 percent true of the actual film. Most interestingly, though, is the complete lack of human presence in the trailer. In a way, it makes sense: The idea that humanity has lazed itself into a chair-bound, universally obese existence may not be the best way to get butts in seats and extra-large popcorns in hand. But leaving that element out of the trailer undersells WALL-E considerably, reducing a thoughtful, risk-taking movie that has a lot to say about consumerism run amok into a fairly standard-looking space adventure. —Genevieve Koski

Catfish (2010): At this point Catfishing is such a pop-culture phenomenon that it can be hard to imagine that there was a time when it was just a mysterious, much-buzzed-about, controversial documentary. The trailer and marketing for the film both played up the mystery and danger, making it look like a heart-pounding thriller that would end with protagonist Nev in mortal danger of getting stabbed in the eyeballs with a machete by crazed hillbillies, instead of what turned out to be a pretty mundane tale of a plain-looking woman misrepresenting herself online. Though the documentary wasn’t quite the breakout smash it was posited as, it spawned a television show that borders on low-level pop-culture phenomenon, and introduced the phrase and concept of catfishing into the cultural vernacular. The show’s subsequent popularity and predictability makes the trailer’s gritty air of danger seem even more laughably out of place. —Nathan Rabin

Red Eye (2005): There are a couple of different examples of bait-and-switch in the trailer to the 2005 film Red Eye. It sets up a romantic comedy, complete with a meet-cute between stars Rachel McAdams and Cillian Murphy, and then reveals itself as another terrifying horror film from frightmaster Wes Craven. Except it’s not: Red Eye is actually a taught, well-directed, sharply acted thriller with no supernatural elements, proof that Craven can deliver in genres that have nothing to do with horror. But you wouldn't know that from the trailer, which sets up Murphy's character as... a vampire? A goblin? Whatever kind of monster has red eyes? —Keith Phipps

The Apparition (2012): The trailer for The Apparition begins with a spookily delivered voiceover: “There is a scientific theory that paranormal events are products of the human mind, and ghosts only exist because we believe in them.” So far so good; that sounds like a solid hook for a movie about how we empower irrational fears by believing in them. The voiceover continues: “A team of researchers set out to prove this theory, and create a supernatural entity… with their minds.” Again, entirely awesome. (I mean, come on: mind ghosts. Mind ghosts!) There was just one enormously crucial and hugely destructive problem: If a team of researchers set out to prove this theory, they didn’t do it in The Apparition, and if this whole mind ghosts deal ever existed in the film, it was long gone by the time it opened in theaters back in August 2012. In its place was the most generic and formulaic haunted-house movie imaginable, about a bunch of college kids who want to prove the existence of the supernatural (though not mind ghosts), and are then tormented by a specter they accidentally bring into our world. It’s one thing for a movie to market itself as a more exciting or funny or scary version of what really exists. Selling something on the basis of an entirely false premise is another thing entirely. At least The Apparition disproved its own bullshit scientific theory; I believed it could be interesting, but that belief did nothing to conjure a good film into reality. —Matt Singer