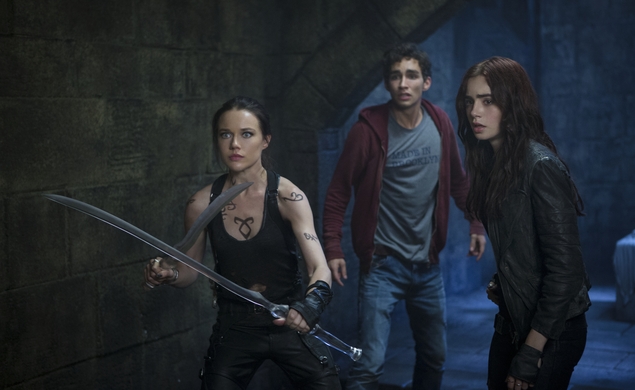 In a recent essay for TheWeek, Monika Bartyzel bemoans the fact that The Mortal Instruments: City Of Bones turned out to be such a confusing mish-mash of sexy shadow hunting supernatural nonsense. She also notes why that is: because the book series on which it’s based was originally a work of not-terribly inspired Harry Potter fan fiction that also borrowed liberally from other pop culture universes. The fact that all this recycling led to a movie that feels equally recycled isn’t terribly surprising, but, as Bartyzel notes, it’s yet another example of a disturbingly lazy trend in which publishing houses and Hollywood studios plunder fan fiction realms in search of the next bestseller/blockbuster.

“This kind of nakedly derivative fan fiction lacks the depth that makes reading and cinema worthwhile, and misses the heart of storytelling: discovery,” she writes. “We don't crack open books and go to movie theaters for the expected; we explore for the unexpected.” I agree that turning pieces of fan fiction into books and then adapting those books into feature films takes derivativeness to a whole new level of shameless hackery. But the sad truth is that Hollywood has been playing a variation of this sort of game for years.

Let’s back up a minute and ask a question: Why do people read fan fiction? Typically, it’s because they love the source material on which it’s based and enjoy exploring the creative ways it can be altered in terms of setting, theme, or relationships. Fan fiction, at its essence, involves appropriating characters and/or universes from existing narratives and rejiggering them to create new stories.

Based on that concept, wasn’t it a form of fan fiction when New Line Cinema grabbed Freddy Krueger by the ratty striped sweater and tossed him onscreen with Jason Voorhees, to make 2003’s Freddy Vs. Jason? When Frankenstein was ripped from Mary Shelley’s novel and, eventually, pitted against the Wolf Man in 1943’s appropriately titled Frankenstein Meets The Wolf Man, wasn’t that a form of fan fiction? When Joss Whedon reset Much Ado About Nothing in the present, or Amy Heckerling took Emma and turns it into Clueless, or Seth Grahame-Smith morphed Abraham Lincoln into a vampire hunter, weren’t they making a kind of fan fiction as well? I say yes, although clearly the level of quality and creativity in each of the aforementioned enterprises varied. (That’s a fancy way of saying: Freddy Vs. Jason on the same level as Clueless? As if.)

Bartyzel does acknowledge this tradition of liberal narrative borrowing. “To be fair, fan fiction is neither a new invention nor an inherently questionable one,” she writes. “The term ‘fan fiction’ gained popularity along with the rise of the internet, but a version of ‘fan fiction’ has been the driving force behind the evolution of centuries-old stories, which were told, retold, and expanded by a wide range of storytellers—resulting in some of the most beloved stories in history.”

What’s even more troubling is the fact that many moviegoers are often attracted to such dopey, trope-y fare. When Bartyzel argues that we all go to the movies to explore the unexpected, I’d like to agree, but I’m not sure that’s true. I think just as many people hit the multiplex to give their brains a rest, which is why variations on stories they already know have such strong appeal. Familiarity is comforting and unchallenging, which is sometimes precisely what people want on a Saturday night.

And it’s why, sadly, the derivative, even when it’s dressed up in fan fiction clothes, will always have a place in Hollywood.