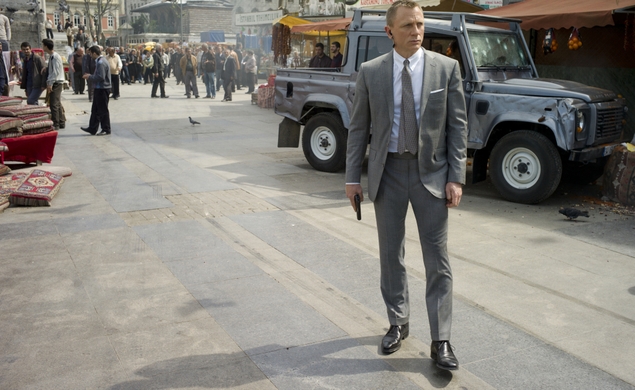 James Bond will return in… the 24th James Bond film. The details on the highly anticipated follow-up to 2012’s Skyfall have been in relatively short supply; as of right now, our dossier indicates that Daniel Craig will don the tuxedo for his fourth go-round as the British secret agent, while Ralph Fiennes, Naomie Harris, and Ben Whishaw will all resume their roles as M, Moneypenny, and Q. Skyfall helmer Sam Mendes will get behind the camera once again for the new film, and a crack team of all-star Bond scriptwriters will “sprinkle in more gags, emphasizing the witty repartée between Bond and Miss Moneypenny.” Sam Smith will sing the theme music (maybe). MI6 operatives still haven’t received a title for their new mission, or any specifics as to its objectives.

But today, a rogue agent codenamed ComingSoon.net divulged some sensitive intelligence: Following a delay pushing the start of production from October to December of this year, cameras have been set to roll on December 6 at Pinewood Studios in Britain, as well as location shoots in Austria and Rome. The film’s release remains set for November 6, 2015. Until then, agents, enjoy this video of a Russian military choir singing the Skyfall theme.