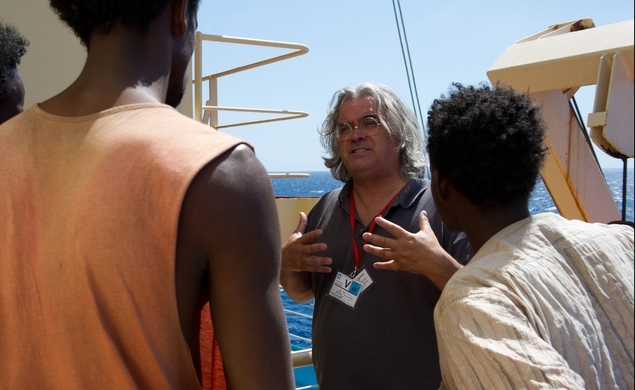 From our “God, I Hope They Make This” Desk comes a report that Paul Greengrass is “circling” (in Deadline’s words) Fox’s untitled film about Richard Jewell, the security guard who became a hero (and later a suspect) during the bombing of the 1996 Olympic Games in Atlanta. When last we covered this project back in February, Jonah Hill had signed on to star as Jewell, whose life was changed by his actions on July 27, 1996, when he found a backpack full of pipe bombs and helped clear the area of civilians. Jewell’s actions potentially saved dozens of lives, but he soon became the center of a firestorm of media scrutiny.

Leonardo DiCaprio will also co-star in the film as the lawyer who “guided Jewell through a hellish Twilight Zone that went on even after the FBI officially cleared Jewell’s name three months later.” So we have DiCaprio and Hill back together after The Wolf Of Wall Street, which is already an appealing combination. And now we might have Greengrass as well? That would be almost too good to be true.

The screenplay for the Jewell film was written by Billy Ray, who also wrote Greengrass’ superb true-life thriller Captain Phillips last year. Deadline says they are “not positive” Greengrass will sign on for the job, saying only that he has an “affinity” for these kinds of stories, but I’m hoping they’ve got this story right. I would love to see these filmmakers collaborate, and this particular subject matter (chronicled in a recent short film on Grantland) is fascinating.