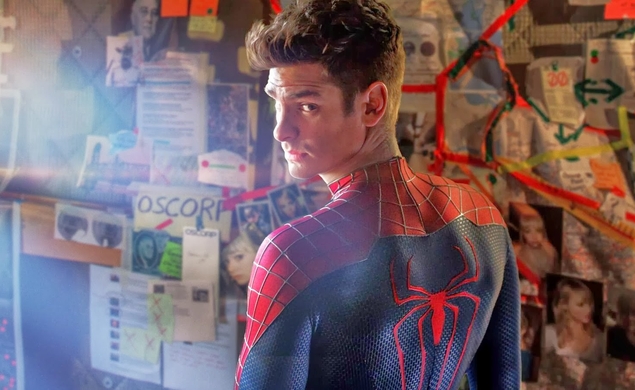 There were a lot of problems with The Amazing Spider-Man 2, from the crappy performances to the crappy villains to the crappy costume designs to the crappy plot holes to the crappy insistence on setting up future movies. In an interview with The Daily Beast, the rebooted Spider-Man himself, Andrew Garfield, laid the blame for the film’s failures at the feet of the studio executives. According to him, they took a really good script and slowly but surely stripped all the good stuff out of it. His quote:

“I read a lot of the reactions from people and I had to stop because I could feel I was getting away from how I actually felt about it. For me, I read the script that Alex [Kurtzman] and Bob [Orci] wrote, and I genuinely loved it. There was this thread running through it. I think what happened was, through the pre-production, production, and post-production, when you have something that works as a whole, and then you start removing portions of it—because there was even more of it than was in the final cut, and everything was related. Once you start removing things and saying, ‘No, that doesn’t work,’ then the thread is broken, and it’s hard to go with the flow of the story. Certain people at the studio had problems with certain parts of it, and ultimately the studio is the final say in those movies because they’re the tentpoles, so you have to answer to those people.”

Garfield did add that he’s proud of “a lot of” The Amazing Spider-Man 2, and that his experience of making the movie was more satisfying than the experience many people had watching the finished product. “I got to work in deep scenes that you don’t usually see in comic-book movies,” he added, “and I got to explore this orphan boy—a lot of which was taken out.”

I appreciate Garfield’s honesty, and I think he could still be a great Spider-Man; he obviously cares deeply about the character, and he has had some nice scenes in both of his spider-movies with Emma Stone’s Gwen Stacy. But I think he’s largely been hung out to dry by poor scripts— or at least the bad remains of good scripts. It isn’t too late for him to redeem himself with Amazing 3, although if that movie is made by the same creative team as the last one, it’s hard to imagine it being a big improvement. At this point, I look at Spider-Man the way football fans view their team during a bad season, actively rooting for it to lose so it can get a top draft pick. Spidey needs a rebuilding year.