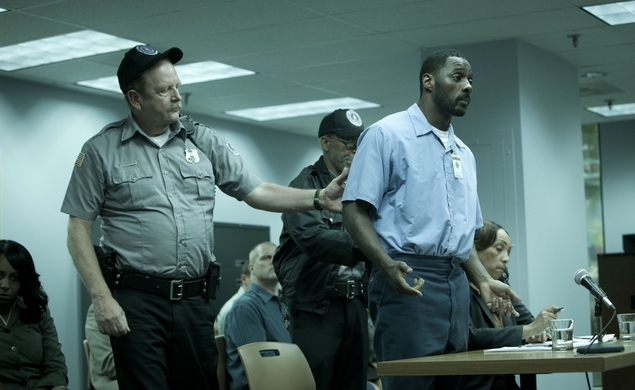 This week’s wide releases include The Drop, starring Tom Hardy and the late James Gandolfini, Dolphin Tale 2, starring Ashley Judd and D. Olphin Tale, and No Good Deed, with Idris Elba in a film that Rotten Tomatoes informs me is about Taraji P. Henson as Terri, “a devoted wife and mother of two,” who “lives an ideal life that takes a dramatic turn when her home and children are threatened by Colin (Idris Elba), a charming stranger who smooth-talks his way into her house, claiming car trouble.” What Rotten Tomatoes does not tell me about No Good Deed is what critics think of the film, because critics don’t have any thoughts on the film, because the studio releasing No Good Deed, Screen Gems, didn’t screen it for them.

Even worse, the studio initially announced a screening, then changed its mind and cancelled it. Here, via Criticwire, is the text of the email sent to critics:

“Screen Gems has decided to cancel the advance screenings across the country of No Good Deed. There is a plot twist in the film that the studio does not want to reveal as it will affect the audiences’ experience when they see the film in theaters. I apologize for any inconvenience this may cause.”

Of course, critics had no idea there was a twist at all before Screen Gems told them, and their readers didn’t know it until they had to inform them there was a twist to explain why they weren’t reviewing the movie as originally planned, so this strategy is somewhat at cross-purposes with its intended effect. Many understandably frustrated critics tweeted jokes about how the plot twist in No Good Deed must be the fact that the movie is actually terrible. (DUH DUH DUHHHHHHH!) And while they are almost certainly correct about the film’s quality, they are probably wrong about its twist. I, however, have a few guesses what the twist could be, and I’m 98 percent certain one of them will be correct. I’ve narrowed it down to the six most likely possibilities. Here they are:

Option 2:
Terri is a ghost.

Option 3:
Colin is a figment of Terri’s imagination.

Option 4:
Terri is a figment of Colin’s imagination.

Option 5:
Colin is a figment of Terri’s imagination; Terri is also a ghost.