Oh my God, they’re making Samurai Cop 2 (and oh my God, Tommy Wiseau is going to be in it) 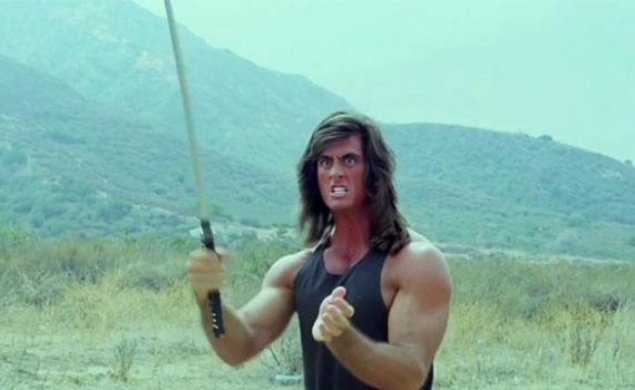 Just a few weeks ago, I was reading about the career of the late Z-grade director Amir Shervan (and watching some of his movies, like Killing American Style) on Fandor. Shervan’s magnum opus is Samurai Cop, which is about… uh, it’s about… hang on one sec, just need to find the plot description in my notes… Ah yes, here we go: It’s about a samurai cop. I spent the previous 32 years of my life never knowing the sublime joy of Shervan’s films. It was a brutal, almost meaningless existence, but having discovered his work at last, I was completely enchanted by the mixture of samurais and cops.

With the original film’s cult understandably on the rise, a few brave souls have decided to make Samurai Cop 2. They’ve reunited much of the original cast (including Mark Frazer, Robert Z’Dar, and the samurai cop himself, Matt Hannon) and even added George Lazenby and Seymour Cassel to the cast. The producers have raised most of the money they need already, but they’re holding a Kickstarter to increase their budget so they can “spend more time on action & fight scenes as well as to have improved CGI FX.”

With any Kickstarter comes updates. And yesterday, Samurai Cop 2 posted what will go down in history as the single greatest Kickstarter update in the history of the universe. It was the following 22 words:

“Tommy Wiseau and Bai Ling are now aboard the cast of SAMURAI COP 2. This is all we are allowed to say.”

What else would you even want to say? If this movie can’t raise $50,000, then we as a society have failed and need to start again from scratch, preferably by adding more samurais in blue-collar jobs, like samurai janitors and samurai line cooks and samurai garbage men and samurai nannies.

Here’s the Kickstarter video for Samurai Cop 2. Give early and often, and maybe we’ll get to see Tommy Wiseau in a samurai-sword fight with Bai Ling, preferably while wearing a tuxedo.