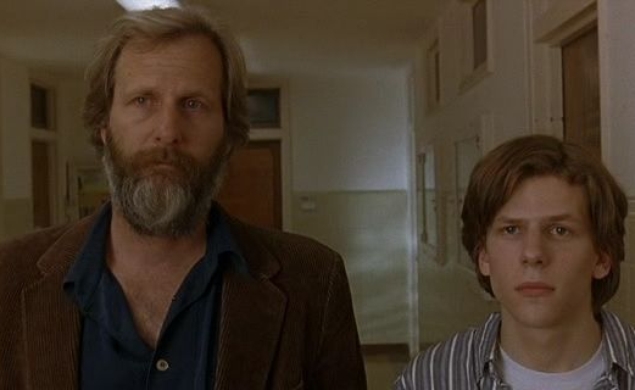 In honor of my birthday (or so I can only assume) Indieplex is showing one of my favorite films of the 2000s, Noah Baumbach’s The Squid And The Whale. As a child of divorce who was a precocious, Pink Floyd-loving teen in the 1980s—just as Jesse Eisenberg’s Walt Bergman is in The Squid And The Whale—I’m predisposed to connect with Baumbach’s semi-autobiographical movie about growing up among the tasteful squalor of New York intellectuals. But I also think that The Squid And The Whale is where Baumbach found himself as a filmmaker, bringing the visual immediacy of the French New Wave and verité documentaries to an astringent coming-of-age comedy. Baumbach structures the film like a New Yorker short story, and though the dialogue is often side-splittingly funny, Baumbach mainly uses humor to skewer his own adolescent delusions. The movie has a great cast too: Laura Linney playing Walt’s mother (based loosely on historian/film critic Georgia Brown), and Jeff Daniels playing Walt’s father (based on novelist Jonathan Baumbach, and played with creepy reserve by Daniels). Baumbach brings the stark clarity of specific painful memories to bear on the story of people who think they’re being iconoclasts when they’re really being assholes. The Squid And The Whale airs on Indieplex at 10:50 p.m. Eastern.