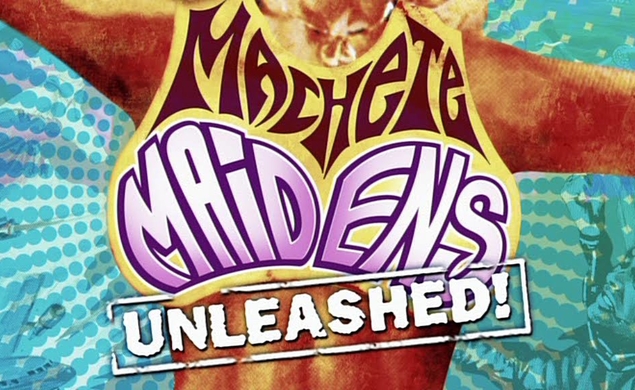 Documentarian Mark Hartley—best-known for his enlightening Ozploitation survey Not Quite Hollywood—has a new film playing at the Toronto International Film Festival this year called Electric Boogaloo: The Wild, Untold Story Of Cannon Films. It doesn’t look like any of The Dissolve’s TIFF crew is going to be able to see Electric Boogaloo while we’re here, but for those of you who subscribe to Epix2, another of Hartley’s trash-cinema retrospective docs will be airing after midnight tonight, at 2:10 a.m. Eastern. Machete Maidens Unleashed! covers the stretch from roughly 1971 to 1982 when Roger Corman and other drive-in producers discovered that they could make gorier, more inexpensive movies if they shot in the Philippines. Hartley interviews the surviving Filipino talent, historians of cult movies (including cult critic Danny Peary), and former New World employees (including Joe Dante and Allan Arkush, whose job it was to turn the shoddy-looking footage that came back from overseas into sexy trailers). Machete Maidens Unleashed! is sloppily organized, but the anecdotes—and the clips—are funny and exciting, and Hartley doesn’t shy away from the debate over whether the countless women-in-prison movies shot in the Philippines were empowering or degrading to women. This film is surprisingly informative about an era when penny-pinching exploitation merchants moved their business to a place where life was cheap.