Quentin Tarantino will be the full-time programmer of L.A.’s New Beverly Cinema 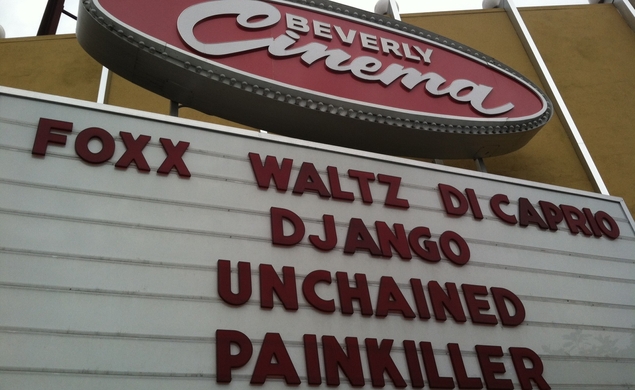 Currently, my cinematic bucket list includes 117 items, including things like “See West Side Story in 70mm,” “Write a book on Arnold Schwarzenegger,” and “Program my own 24-hour movie marathon.” Item #24 on the list is “Attend a movie at the New Beverly Cinema,” one of Los Angeles’ most legendary repertory houses, which has become even more famous in recent years after Quentin Tarantino bought the theater, which was founded by Sherman Torgan in 1978. Sherman (who passed away in 2007) and his son Michael have managed the New Beverly for decades, building a devoted audience for their eclectic programming and 35mm double features. If you follow anyone in the movie world on Twitter who lives in Los Angeles, you probably know the New Beverly, and desperately want to go there.

My hopes of getting to the New Beverly started looking unlikely in recent weeks, when rumors surfaced that the theater would close, followed by an announcement that it would be dark for the entire month of September. When the New Beverly reopens in October, though, it seems Tarantino himself will be taking over as “full-time programmer,” at least through the end of the year. In an interview with L.A. Weekly, he told Chuck Wilson, “after seventeen years as owner, I wanted to make it mine.”

That means Tarantino will be picking the movies himself, including some from his own personal collection. That also means that even though the New Beverly recently bought a digital projector, the theater will only show movies on 35mm from now on; if new titles want to play there, they’ll need a celluloid print to do it. (Tarantino told L.A. Weekly he hopes young filmmakers will demand their distributors make at least one film print so their work can play the New Beverly.) Tarantino is upgrading the facilities as well:

“We’re adding six-track stereo sound to the theater, because I have quite a few prints that are six-track mag [magnetic] sound. They’ll sound amazing. And we’ll be adding a 16 millimeter projector too because I have a big 16 collection, too, and sometimes, especially for that second movie, a 16 is just perfect. And there’s my big, huge trailer collection, and there’s all the cartoons and shorts that I have. Concession stand bumpers, too. Vintage ‘50s, ‘60s, ‘70s. Some really groovy stuff.”

He also promised that every Friday at midnight, the New Beverly will show one of his movies on a rotating, month-by-month basis. (I guess when you own your own movie theater, you can show your own movies whenever you want.)

Tarantino is hand-picking every film the theater shows for the first three months; while he’s off shooting The Hateful Eight, “other people working in the theater” will assemble the schedule. I’m not a customer of the New Beverly, just a long-time, long-distance observer and admirer. But I hope L.A. cinephiles who are customers are happy with the changes, and that the theater continues showing awesome, weird movies, at least until I can get back out to Los Angeles and cross seeing something there off my bucket list.