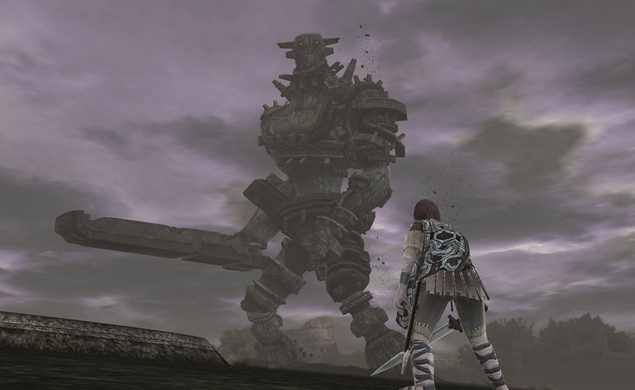 Videogame movies remain a blight on the cinematic landscape. (If you got through Need For Speed without falling asleep, you’re a better cinephile than I). But you can’t blame a company for trying to cash in on an incredibly lucrative market that’s hungry for not-shitty adaptations of their beloved properties.

The next stab at a genuinely good videogame movie will be Shadow Of The Colossus, a critically acclaimed PlayStation 2 title about a young man on a quest to save the woman he loves by defeating enormous beasts. Variety reports that Andrés Muschietti, director of 2013’s Mama, and for a while the guy who was supposed to remake The Mummy, will direct the adaptation from a script by Seth Lochhead (Hanna). As Variety tells it, the film will follow the game closely, with the same story of a guy facing off with “mythic giants” in order “to save his lost love.” Sony executive Michael De Luca described Muschietti’s take on the material as “genius,” and since the guy producing the movie has absolutely no reason to lie or embellish the truth, I take him at his word.

Hollywood has been trying to make a Shadow Of The Colossus almost as long as the game has existed. In April 2009, Sony first announced its plan to adapt the game from a screenplay by Justin Marks, whose previous experience writing terrible videogame movies includes Street Fighter: The Legend Of Chun-Li. (Marks is now working on Jon Favreau’s live-action Jungle Book.) In 2012, Chronicle director Josh Trank signed on to make a Colossus movie, but he eventually left the project to reboot The Fantastic Four instead. Now it’s Muschietti’s turn to see what he can do with the material, and to try to not ruin it.