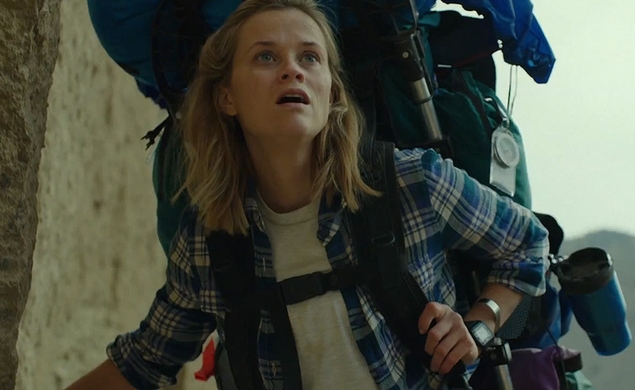 All summer long, the four major fall film festivals (New York, Venice, Telluride, and Toronto) have been jostling with each other to land big world premières, which has helped reinforce the idea in the showbiz trades that the sole purpose of these festivals is to serve as a launching pad for Oscar campaigns. But Oscar-teasing is really only a fraction of what makes each fall fest special. With the exception of the one year that I missed because of the birth of my daughter, I’ve attended the Toronto International Film Festival every year since 2002, and for me, the appeal of TIFF is both its location—a diverse, friendly, lively city, with especially hospitable September weather—and its overly generous slate of films, which spans the globe and brings together the best of all the year’s festivals.

Right now, Scott Tobias, Mike D’Angelo, and I are in the middle of our first day of watching films here at TIFF, and starting tomorrow we’ll begin nine straight days of festival coverage. As we did last year, we’ll be rotating the write-ups between the three of us, meaning that as we get more days under our belts, we’ll each have stockpiled lots of movies to discuss (and maybe even to disagree with each other about). And there’s a lot to look forward to this year. Aside from the new filmmakers and unknown films that will inevitably catch us by surprise over the next nine days, expect to see a lot of coverage of films that fit the following three categories:

The reason there’s been so much chatter in the press about which fall festival really marks the start of the Oscar-campaigning season is that nearly every major awards contender stops at one or more festival on their way to the red carpet. Last year, for example, TIFF showed 12 Years A Slave, Gravity, and Dallas Buyers Club, and while it didn’t première those three, their presence here meant that a lot of international press saw them early and started building the buzz.

It’s hard to know which of the star vehicles here this year is really an Oscar hopeful. Will John Travolta win back some old fans by taking a serious turn in The Forger? Will Robert Downey, Jr. show that he can do more than play action heroes in the legal drama The Judge? Which Al Pacino performance is more likely to put him back in the spotlight: the one in David Gordon Green’s Manglehorn or in Barry Levinson’s The Humbling? And will Tom McCarthy’s The Cobbler finally give Adam Sandler the prestige showcase he’s long desired?

A few films already seem like locks for awards conversation. One year after Jean-Marc Vallée steered Matthew McConaughey and Jared Leto to Oscars in Dallas Buyers Club, he’s back at TIFF with Wild, starring Reese Witherspoon as Cheryl Strayed, a woman who hiked the Pacific Coast Trail alone. Benedict Cumberbatch reportedly gives the performance of his already formidable career in The Imitation Game, playing code-breaker extraordinaire Alan Turing. And the long-overlooked Bill Murray may get a chance to be passed over by the Academy again for his turn as an old crank with with a soft heart in St. Vincent. (There are Oscar contenders at TIFF outside the acting races too, including Joshua Oppenheimer’s The Act Of Killing sequel, The Look Of Silence.)

Major world filmmakers galore are bringing new work to Toronto this year, including veterans like Hal Hartley (Ned Rifle), Abel Ferrara (Pasolini), Noah Baumbach (While We’re Young), Bruno Dumont (Li’l Quinquin), Johnnie To (Don’t Go Breaking My Heart 2), Hong Sang-soo (Hill Of Freedom), Pedro Costa (Horse Money), and Isao Takahata (The Tale Of Princess Kaguya). But some of the most intriguing films playing are follow-ups to previous outstanding work. Will Berberian Sound Studio’s Peter Strickland do something fresh with The Duke Of Burgundy? Will Mia Hansen-Love’s Eden be as moving as her Goodbye First Love? How will Lav Diaz’s latest epic From What Is Before stand up to his Norte, The End Of History? Can Céline Sciamma’s Girlhood match her beautiful Tomboy?

Part of what makes the Toronto festival so valuable is that it gives cinephiles a chance to track the careers of these filmmakers, whose work doesn’t always get widely distributed. TIFF has also been a welcoming home to oddballs like Sion Sono, whose Tokyo Tribe is playing this year, and Takashi Miike, who’s bringing Over Your Dead Body. But the event of the festival—or at least the only movie here that Scott, Mike, and I are all planning to see—is the return of absurdist Swede Roy Andersson, whose first film in seven years has the instantly lovable title A Pigeon Sat On A Branch Reflecting On Existence.

One of the main selling-points of TIFF is that it shows so many movies that were sensations at Sundance and Cannes (among other fests). Those on The Dissolve team who haven’t seen those films are looking forward to catching up and weighing in. In the meantime, from The Dissolve’s past coverage of Sundance and Cannes, we already have write-ups of:

Look for our “Day 1” coverage, written by Scott, to post around midday tomorrow, and then check back daily (weekends included) for more early looks at the movies that should dominate cinephile conversations for the rest of the year.