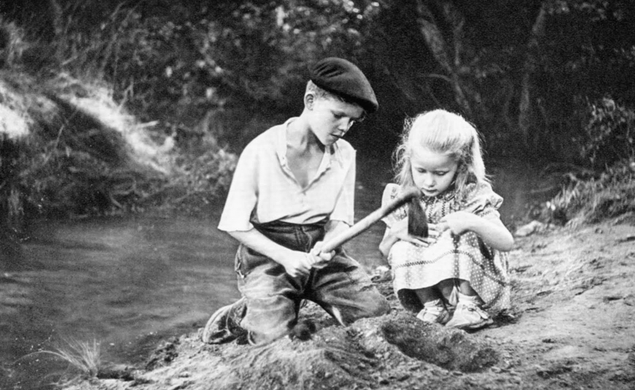 René Clément’s Forbidden Games belongs to the small category of French films that could be called “proto New Wave”—eccentric, lovely little movies that display either the playful form or the adventurous content that the likes of Godard, Truffaut, Varda, and Malle would bring to world cinema in the 1950s and 1960s. Forbidden Games came out in 1952, and deals with lingering feelings of wartime guilt, via the story of an orphan girl and a farm boy who construct their own secret cemetery and playact funereal rituals, away from the eyes of the adults who want to send the orphan away into the care of the Red Cross. At times mordantly funny, at times heartbreaking, and always uncannily sensitive to how children actually interact, Forbidden Games is a film that’s very French in its subject matter and approach, but universal in its appeal. It airs on Turner Classic Movies at 4 a.m. Eastern.