Hollywood will make a CHiPs movie, to the delight of millions upon millions of CHiPs fans 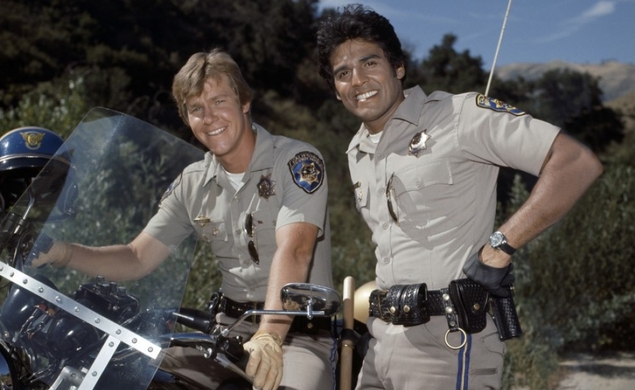 Having already turned earnest cop shows like Starsky & Hutch and 21 Jump Street into meta-spoof comedies with great success, and having exhausted most of the other options for those kinds of movies, Hollywood will now turn to CHiPs. Deadline reports that the late-1970s/early-1980s cop show (the title is an acronym for “California Highway Patrol”) is being developed as a feature that will be written and directed by Parenthood’s Dax Shepard, who will also star in the film as Officer Jon Baker (played on TV by Larry Wilcox) alongside Michael Pena as Frank “Ponch” Poncherello (originated on TV by Erik Estrada).

This will be a big step up for Shepard as a filmmaker. He previously co-directed several smaller pictures, including 2012’s car-chase comedy Hit & Run, which actually got its share of decent reviews. Like Hit & Run, CHiPs will take advantage of Shepard’s experience behind the wheel of cars and motorcycles, as Deadline reports that “he expects to be performing his own riding and stunts.” The most exciting part of this entire deal might be Pena; though he’s focused mostly on dramas and action films in the last few years, he’s an underrated comic actor: He was great on Eastbound & Down, and stole every scene he had in Observe & Report. A buddy action comedy sounds like a good fit for his particular skill set.

According to Wikipedia (which is never wrong) and my own incredibly foggy memories, the CHiPs TV show was generally a pretty low-stakes affair, a “lightweight action crime drama” with a lot of humor and car chases, and little gun violence. Although Wilmer Valderrama almost made a more faithful CHiPs movie in his That ’70s Show days, Shepard’s CHiPs will reportedly be more in the vein of “Bad Boys and Lethal Weapon than a comedy.” That means CHiPs purists (or “CHiPuRISTs,” as they prefer) are going to be pissed. I can only imagine the full fury of the letter-writing campaign that is going to deluge Warners any moment now. “Bring back our CHiPs!” they will cry. “Estradon’t mess with a masterpiece!” And so on.