The Dissolve on... our favorite sports documentaries 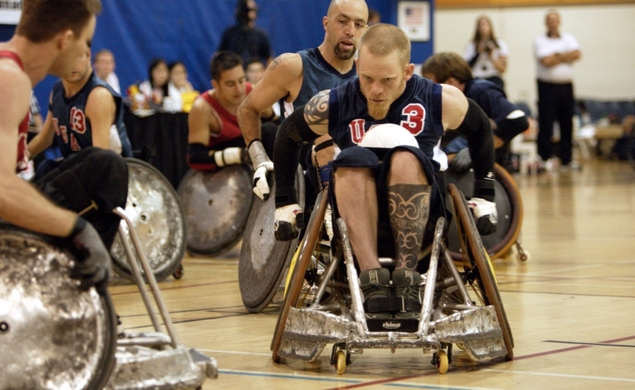 This week’s new releases include No No: A Dockumentary, a film about Dock Ellis, the only man in Major League Baseball history to throw a no-hitter while under the influence of LSD (or, at least, the only man to admit it). This crowd-pleasing documentary got the staff of The Dissolve talking about other beloved non-fiction films from the wide world of sports, which in turn inspired this list of particular favorites. In alphabetical order, they are:

Hoop Dreams (1994): Coaches like to talk about teaching kids “the game of life,” but Hoop Dreams does it with a completeness and truth that goes beyond such lacquered clichés. Directors Steve James, Frederick Marx, and Peter Gilbert started with half-hour PBS project about street ball culture, but wound up following two up-and-coming prospects from inner-city Chicago, William Gates and Arthur Agee, all the way through high school as they pursued basketball excellence—and, with it, the opportunity to give themselves and their families a better and more stable life. What’s immediately apparent is that no teenager should have to stake their futures on the long-shot ambition to become a professional basketball player: The real-life stakes behind a game-deciding free throw or a knee injury are agonizingly high. But the film is richer still when it steps off the court and gets into the lives of families living hand to mouth, making huge sacrifices, and still moving forward, heroically battling a social system that continually beats them down. —Scott Tobias

June 17th, 1994 (2010): ESPN Films’ 30 For 30 series has produced most of the best sports documentaries of the last five years—including Albert Maysles and Bradley Kaplan’s Muhammad And Larry and the Zimbalist brothers’ The Two Escobars—but the franchise’s artistic peak might be June 17th, 1994, from The Kid Stays In The Picture co-director Brett Morgen. It chronicles one of the most eventful days in recent American sports history, when the opening ceremonies of the 1994 World Cup in Chicago, Arnold Palmer’s last round at the U.S. Open, the New York Rangers’ victory parade down Manhattan’s Canyon Of Heroes, Game 5 of the NBA Finals between the New York Knicks and the Houston Rockets, and O.J. Simpson’s “White Bronco chase” all took place simultaneously. Using only period news footage, Morgen deftly segues between each concurrent event; the effect is a bit like channel surfing through history. The results are a fascinating portrait of how sports are covered and news narratives are shaped and defined in real time—and a snapshot of the world-changing moment when the modern era of 24-hour news was born. —Matt Singer

Murderball (2005): The appeal of Murderball isn’t just that it brings a little-known sport to light. It’s the way it succinctly sums up what that sport means to its players, then explores some of the participants in depth to put specific, well-realized faces on what otherwise might come across as a too-standard inspirational underdog-sports story. Directors Henry Alex Rubin and Dana Adam Shapiro delve into the world of Paralympic-level “murderball,” a.k.a. wheelchair rugby or quad rugby, played by athletes with significant physical disabilities. It’s an aggressively competitive, crash-intensive extreme sport, and it’s highly regimented as well. Rubin and Shapiro direct appropriately: They fill the soundtrack with Ministry songs, and use fast-cutting, wheelchair-mounted cameras to give viewers a sense of the bone-jarring action. But they also smartly home in on a specific grudge match that gives the film a natural sports-story shape, and they spend time getting to know key players and defining their differences and similarities. In some ways, it’s every sports doc—here are the rules, here are the players, here are the stakes, here’s the Big Game—but it’s a tremendously entertaining example of the breed, full of unique points of view and not a speck of self-pity or maudlin uplift. —Tasha Robinson

On Any Sunday (1971): The walls of my home aren’t covered with movie posters the way they were when I was in my 20s, but I do have one cherished bit of memorabilia hanging in my living room: my embossed tin replica advertisement for On Any Sunday, Bruce Brown’s documentary about motocross. Brown’s The Endless Summer is one of my favorite films of all time, and would’ve been my pick for this topic, except that the surfing in The Endless Summer is largely non-competitive. On Any Sunday on the other hand is mostly about racing, giving an inside look at the machines and the men who ride them (including the movie’s producer, Steve McQueen). Brown and his lean crew were some of the best ever at capturing thrill-seekers in action, and just the slow-motion, sun-dappled photography in On Any Sunday alone would be enough to recommend it. But it also has a fair measure of Brown’s dry humor and his infectious enthusiasm for speed and motion. —Noel Murray

Pumping Iron (1977): Arnold Schwarzenegger’s true art form is not necessarily acting, or bodybuilding, or even governance. (Shocking but true!) It’s being Arnold Schwarzenegger. In that respect, Arnold’s greatest screen performance might just be as himself in the groundbreaking 1977 competitive bodybuilding documentary Pumping Iron. The camera all but pants in adoration as Schwarzenegger, the king of his sport and a world-class egotist, holds court for the cameras, jokes, preens, and uses his superior intellect to bully chief competitor Lou Ferrigno of The Incredible Hulk fame, who is as guileless and vulnerable as his competitor is arrogant. It’s a fascinating exploration of the psychology of sports that also has the benefit of being enormously fun. —Nathan Rabin