Officially now, The Weinstein Company is releasing The Hateful Eight next fall 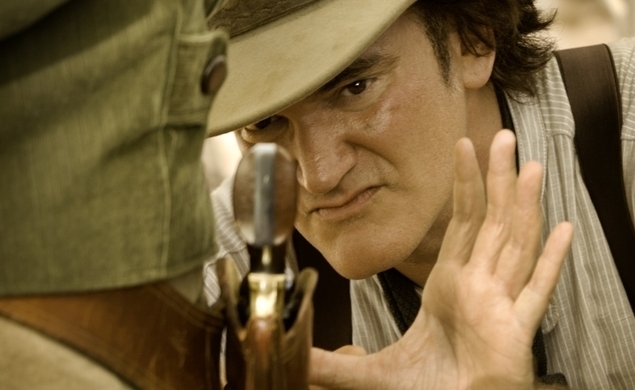 It was already technically announced by a magazine ad and a teaser trailer, but a press release from The Weinstein Company makes it officially official (officially): The Hateful Eight, Quentin Tarantino’s on-again, off-again, on-again, live-read-again Western is happening. Per The Hollywood Reporter, shooting begins this coming January, and TWC will release the film next fall. From the press release, a statement from Harvey and Bob Weinstein (they speak as one, I guess, like the twins in The Shining):

“We are incredibly excited to begin production on The Hateful Eight, as we know this picture will be as innovative, brash and of course fun as all Quentin projects prior. There is, quite simply, no other filmmaker like him, and we are as proud as ever to continue this partnership that started over twenty years ago.”

The press release also states (again, as already technically announced via magazine ad and teaser trailer) that Tarantino will shoot The Hateful Eight on 65mm film, and adds that the movie will receive “the widest 70mm release for over 20 years.” So that’s something. Granted, there haven’t been many 70mm releases, limited or wide, in the last 20 years, and that this point I’m not sure how many theaters in this country have 35mm film projectors, much less 70mm ones. So the “widest release” could be a handful of cities around the country. But for those cities, it should be quite a spectacle.