Release-date updates: Maps To The Stars moved to 2015; The Nice Guys is coming summer of 2016 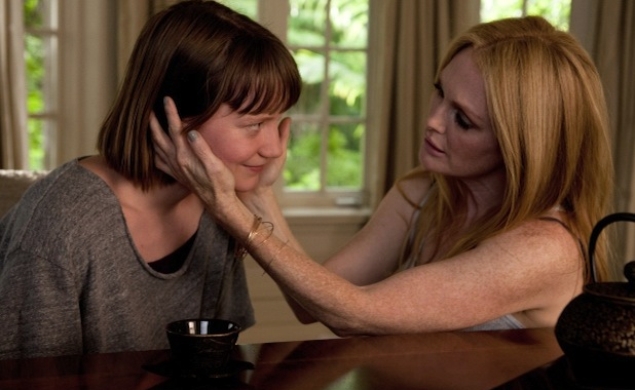 Throughout the summer, we’ve been keeping an eye on the progress of Shane Black’s 1970s-set neo-noir The Nice Guys, which he co-wrote with Anthony Bagarozzi and debuted in a live reading at the Austin Film Festival in 2011. Back in June, the word was that Black was close to booking Ryan Gosling and Russell Crowe to play The Nice Guys’ leads: a drunken detective and a mercenary bruiser who stumble into a scandal. Since then, Gosling and Crowe’s participation has been confirmed, and the project has secured financing and a major studio home in Warner Bros. And today, Variety reports that Warner Bros. has set a release date for The Nice Guys: June 17, 2016. That’s a long way off, but Black, Gosling, and Crowe are all busy people, which means their schedules may not let all three of them spend a few months together until later next year. And so… we wait.

The Nice Guys isn’t the only movie we’re going to have to wait a little longer to see released. David Cronenberg’s Maps To The Stars debuted at Cannes earlier this year, to mixed reviews overall (our Mike D’Angelo was no fan), but to nearly uniform raves for Julianne Moore’s performance as an over-the-hill actress. The performance was expected to make Moore an Oscar contender, but while the good news for Cronenberg fans is that Maps To The Stars now has U.S. distribution (with Focus World buying the rights from Canada’s Entertainment One), the bad news is that Focus is reportedly planning to wait for release until early next year. There’s still an outside chance that Focus will give Maps To The Stars a brief, limited Oscar-qualifying run at the end of 2014—which would make sense, given that film is currently building renewed buzz on the fall-festival circuit—but people holding a spot for it on their year-end lists may want to make other plans.