Op-ed: A plea for Bat-sanity 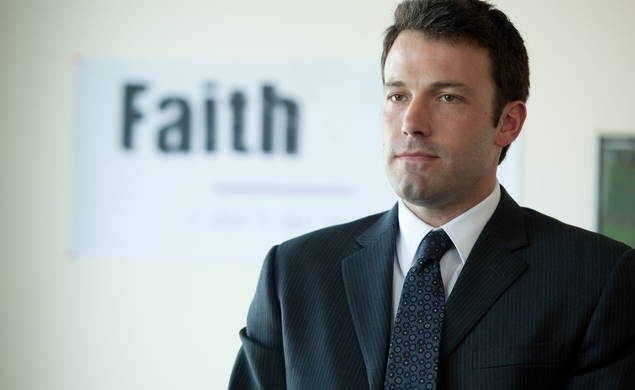 I feel like I should be writing something right now about Ben Affleck. I should have an opinion about whether Affleck’s casting in Man Of Steel 2 is a brilliant move or a disastrous mistake. I should be able to list six reasons not to freak out that Affleck is Batman, or five reasons why Affleck as Batman is a good idea or four reasons why he might not be a bad Batman or five reasons why he is a bad choice to play Batman. That’s what someone in my position does at times like this; riff, rumor, and list. Instead, I remain fixated on one reason not to have an opinion about Ben Affleck as Batman:

I’m not suggesting Man Of Steel 2: The Bat-Squeakquel won’t happen, or that when it does Affleck won’t be in it. I’m saying right now, on Friday, August 23rd at 2:00 p.m. ET, that movie is still almost two years away. At this point, we don’t really know what the movie is about, or how Affleck will play the character, or how it will be different from other interpretations of Batman, or whether someone will be cast as Robin, or how much attention will be paid to the nipples on Batman’s costume. At this point, we haven’t even gotten a statement from Affleck about the role. He’s not Batman yet.

In pieces like the ones linked above and dozens more like them all over the Internet, journalists, critics, and fans are all weighing in with their reactions to the news: Affleck is perfect, Affleck is dreadful; Affleck’s other superhero movie was terrible, actually Affleck’s other superhero movie is kind of underrated (as long as you watch the director’s cut). Some of these articles are fun, and the better ones contain some valid insights into the Batman character and Affleck’s onscreen persona. But they’re still almost entirely empty speculation. History teaches us that the vast majority said on this topic today will wind up being completely wrong.

A few people I’ve spoken to are surprised at the degree of outrage and anger over Affleck’s casting. I’m not. This is what happens when anyone is cast in a major comic book role. As noted by Bleeding Cool, Michael Keaton’s casting as Batman in the first Tim Burton movie, spawned thousands of letters of protest. A few months ago, the casting of Shailene Woodley as Mary Jane in The Amazing Spider-Man 2 drew the ire of hateful Spider-Man dorks who claimed the actress was “a few sammiches short to play” the part (the actress has since been cut from the film). When Heath Ledger was cast as the Joker in The Dark Knight, many fans were initially outraged. “Probably the worst casting of all time,” one complained. “I am not seeing this movie if he is in it!” another howled. “There are a million better choices!” Now Heath Ledger’s Joker is on the Mount Rushmore of great comic book movie performances. If I wrote a blog post today called “Six Reasons Why Heath Ledger Was a Terrible Joker” and my number one reason was “There were a million better choices!” I would be burned in effigy (if not literally).

The rush to render judgment on these sorts of decisions as soon as humanly possible (if not sooner), strikes me as an offshoot of a larger Internet phenomenon towards instant outrage. On matters of casting or content, all texts are presumed guilty until proven innocent, and the verdicts are delivered long before the finished product. Frequently, it seems, the actual text is totally irrelevant to the discussion around it.

I’m an open-minded guy. I’m willing to hear almost any argument about a movie. Want to argue that The Shining is Stanley Kubrick’s thickly-veiled apology for his role in faking the Apollo 11 moon landings? Great, tell me more. Believe that the 2002 Cameron Diaz rom-com The Sweetest Thing contains the geographical coordinates to the actual Fountain Of Youth? Fantastic! Your ideas are intriguing to me and I wish to subscribe to your newsletter.

The only argument I’ll automatically dismiss is an uninformed one. Everyone wants to tell director Zack Snyder whether he made the right choice or not. But no one, not even Snyder, will know for sure for years. The proof will be in the bat-pudding.

So do me a favor: stop sending me the Change.org petition to get Batfleck replaced. I’m not going to sign it. I know everyone’s supposedly a critic nowadays, but a critic actually watches something before they criticize it.