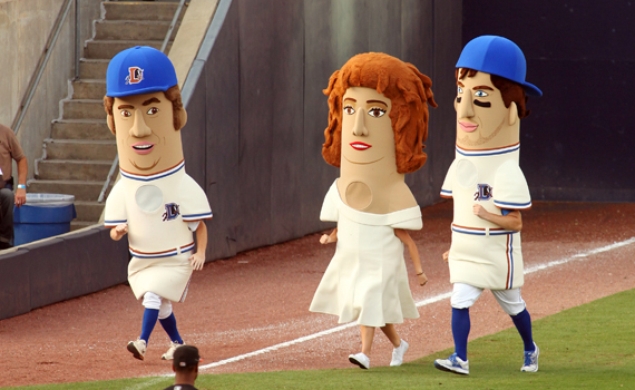 Yesterday, Major League Baseball teams were allowed to expand their rosters for the final playoff push, which means that over the weekend some modern-day “Nuke” LaLoosh or “Crash” Davis probably got a September call-up. As a baseball fan and a Bull Durham fan, that makes me happy. I’ve never been all that fond of the cornball mythologizing of The Natural or Field Of Dreams, but I’ve yet to tire of how writer-director Ron Shelton fills his minor-league baseball sex comedy Bull Durham with the bluster, rituals, and occasional tedium of the game—with a little levelheaded philosophy about democracy worked in, courtesy of Susan Sarandon’s Walt Whitman-quoting seductress Annie Savoy. By following the macho posturing of Tim Robbins’ Nuke and Kevin Costner’s Crash, Shelton explores how men’s obsession with competition shreds relationships, and considers how it takes a special mixture of self-doubt and arrogance to become a professional athlete. (It’s a theme that repeats in Shelton’s White Men Can’t Jump and Tin Cup.) Bull Durham gets the flow of boasts, putdowns, jokes, and surprise revelations that make up a typical conversation between low-level jocks, as they wait for their the promotion to the big leagues. Bull Durham airs on HDNet Movies tonight at 6:30 p.m. Eastern, and again at 10:30.