Hollywood just had its worst summer box-office performance since 2006 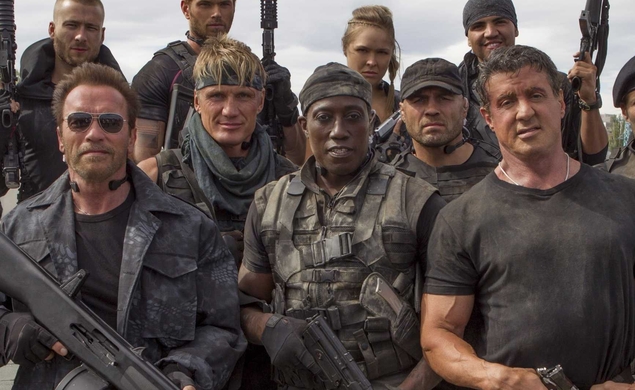 Yesterday, Variety posted a piece of summer box-office analysis that should chill anyone sitting behind a desk at a major Hollywood studio—although most of them were probably already aware of what the article says. Heading into the last weekend of the official “summer-movie season,” ticket sales are down 15 percent from summer 2013. While 2013 was a record-breaking year for Hollywood, the 2014 decline doesn’t appear to be just a case of a natural regression to the mean. The drop is precipitous, and the overall box-office is on pace to finish at its lowest since 2006.

Here, as a bonus “Charts & Graphs” for Friday, is the graph published in Variety, prepared by Rentrak: 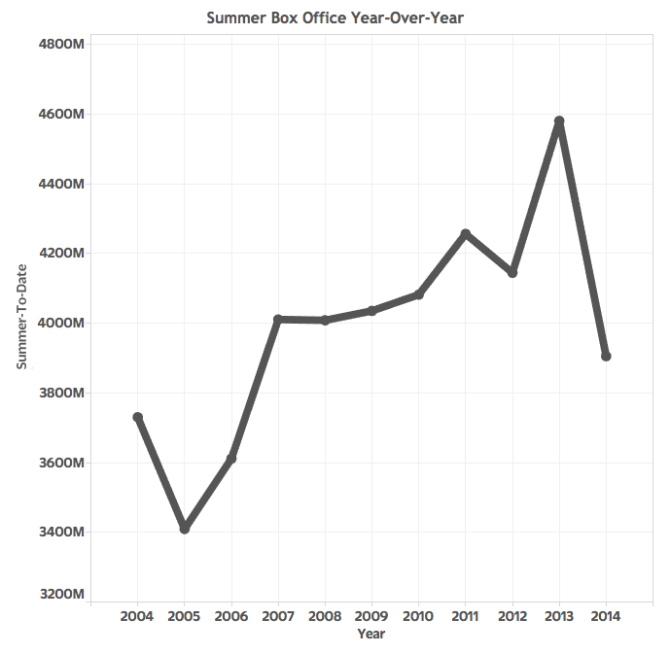 It’s important to note—as we often do—that theatrical ticket sales in the U.S. alone don’t tell the full story of a movie’s financial success, given the importance of foreign markets, home video, TV sales, and merchandising. Nevertheless, one especially alarming data-point in the Variety story is that no movie is going to make more than $300 million at the domestic box office this summer, for the first time since 2001. The August release Guardians Of The Galaxy may get over that hump later this year—or it may not, given that neither The Lego Movie nor Captain America: The Winter Soldier have made more than $260 million in the U.S. yet, and they both came out pre-summer. No matter how well a film does overseas, it isn’t terribly encouraging to see such a low ceiling set here at home.

The Variety article includes some quotes from industry insiders who blame the decline more on a slate of overly familiar movies than on some kind of sea change in Americans’ entertainment preferences. After all, last year was a monster, which means there’s no indication that piracy or alternate forms of media-consumption are hobbling Hollywood. The piece also notes that this has been a summer light on major flops, which is a compensatory bit of good news. Still, heading into a fall movie season that looks to be heavier on modest prestige pictures than blockbuster spectacle, there could be even more hand-wringing and soul-searching to come from studio bosses by the end of the year.