Feedback: The required elements of a good blockbuster 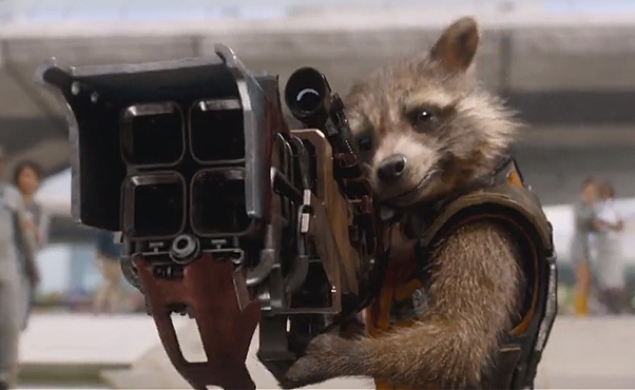 In Monday’s “Read On” post, Matt Singer linked to a Vox column by my friend Todd VanDerWerff about how the modern franchise blockbuster has become so concerned with playing out multi-film story arcs that their emotional arcs feel like afterthoughts, not satisfyingly integrated into the overall narrative structure. (Guardians Of The Galaxy was cited by Todd as a prime example of the problem.) This prompted some polite disagreement from The Dissolve’s readers over whether there’s a right way to make a blockbuster.

Hubert Vigilla: “VanDerWerff’s piece on Guardians actually made me think of something else: Are some people too obsessed with the idea of character arcs as the sole rubric for storytelling quality? Don’t get me wrong, arcs are important in many films and books, but aren’t there other things going on in various works that may take prominence over the sacred arc, and if so, why should these works be deemed lesser simply for a re-prioritization of other bits of storytelling machinery in order to tell its own story effectively on its own terms?”

SaviourMachine: “It’s because with all the current trends in Hollywood there's a growing tendency among critics and the audiences to address the past of movie history in order to try to find and define the supposedly lost notion of a ‘great’ blockbuster: some magic formula of making an enjoyable, but also an important (emotional, resonating, enduring) work. A character arc issue easily fits in that logic: Everybody knows that if characters have no tangible motivations behind their actions, the whole story then will seem contrived and guided by creators, like in old Greek tragedies. It’s a basic rule of storytelling, but Todd uses it to attack the whole thing, as if suggesting that all modern blockbusters (and by that he really means only a specific group of films, those which comprise interconnected franchises) abandon or neglect psychology of their characters in favor of plot or the ‘cinematic universe’ concept. It’s a typical example of swapping the particular with the general, because modern blockbusters don’t forget psychology at all; in fact, Avengers worked very well because of the long-developed and fleshed-out characters that we’ve gotten accustomed to, and also because of believable dynamics between them. And I don’t see why catharsis is a required element in a blockbuster. Not all main characters must be perplexed, conflicted persons who confront their deepest fears on the course of a journey. Again, it’s only a particular example of a narrative structure, which also has no reason to be extrapolated on the whole.”

Drinking_with_Skeletons: “I’m not sure all of his examples make sense. Implying that Iron Man and Captain America: The First Avenger don’t have character arcs is peculiar. Tony Stark goes from egocentric billionaire to someone dedicated to doing good and unwilling to hide that fact. Steve Rogers desperately wants to be a hero, is given the opportunity to be one, is led astray by a theatrical turn that doesn’t really use his abilities to their full potential, and then takes initiative and becomes the hero he always wanted to be, even suffering and sacrificing for his ideals. Both of the Thor films also have arcs for the title character—becoming less of an asshole in the first and reassessing his goals and priorities in the second—and with 7/10 (let me know if I miscounted) films in the Marvel Cinematic Universe having clear character arcs, I’m not sure that his point is as valid as he thinks it is. I will agree that the character arcs are often divorced from the actual plots of the film. Thor’s arc in The Dark World has basically nothing to do with the Dark Elves, and Cap’s arc in his first film only requires an implacable foe rather than being inextricably tied to the Red Skull and Hydra, to provide two examples.”

sleepyirv: “I have no idea if Guardians will stand the test of time. Probably not, because as noted by VanDerWerff the ‘larger Marvel universe’ stuff will simply be incomprehensible to a new viewer, and takes up precious time in a film that otherwise made exposition palpable. Where it did succeed—which makes it stand out in this summer—is that it gave every character a clear motivation with shared goals that propels the movie forward. Compare that to Captain America having to worry about failing his friend, and PTSD, and S.H.I.E.L.D. being evil, and saving the world. Or the guy in Godzilla trying to protect his family and nuke the Mothras and protect a kid who shows up for ten minutes. Or Spiderman trying to save his relationship with Gwen and solve the mystery of his parents and save his friend who just showed up and is about to turn evil and save the world. Guardians focused on the basics to an almost elementary school level, but it worked. These different dudes all want to kill a guy to steal a MacGuffin. Great! So simple, but so fun. Outside of Edge Of Tomorrow (though I haven’t seen the Apes yet), Guardians is the most competent movie of the summer. Which doesn’t sound like much, but certainly justifies my ticket purchase.”

Persia: “Guardians seems like a weird one to pick on for this, too, as so many of the leads actually have arcs. No, they’re not Carefully Drawn in Every Fucking Scene, but I’m not sure they need to be.”

Hubert Vigilla: “They’re such clear motivations in GotG too, and many of them driven to some degree by a transition from self-interest to a concern for others. I mean, VanDerWerff claims that Ghostbusters and Raiders have these emotional character arcs, which is far from the truth. Instead I think those movies have interesting characters who are so compelling through the way they reveal their personality quirks, and because of that they don’t need to function as a mere vessels for an arc.”

Persia gets points not just for mentioning my favorite television character of all time, but for tying it to the essential question of what constitutes good storytelling. In this week’s podcast, we talk about Elmore Leonard adaptations and Leonard in general, and one of the subjects that comes up is how Leonard and a lot of his peers (most notably Donald Westlake in his “Richard Stark” guise) championed peeling away anything overtly literary like “theme” and “arc” from a piece of genre fiction, and instead just telling a good story, populated by memorable characters. Given that the Hollywood blockbuster—at least as it’s been defined since Jaws—has its roots in pulp, it may have been better for Guardians Of The Galaxy to have no emotional arcs, instead of shoehorning in references to each hero’s tragic past.

That said, Guardians Of The Galaxy was my favorite of this past summer’s big Hollywood movies—it was the only one that I went to see twice—and a big reason for that is that it dropped well-defined characters into an eventful, pulpy plot. (Note: I’m not counting either Snowpiercer or Lucy, both of which I liked even more, as a “big Hollywood movie.”) I agree with “sleepyirv” that Guardians doesn’t handle its emotional arcs on anything more than a Scriptwriting 101 level, but I think the lack of sophistication works, because it doesn’t overcomplicate things. Peter Quill is a lighthearted hero—a rarity in blockbusters these days—and yet the opening scene of his dying mother lends him just enough gravity to make his choices matter. If nothing else, it explains why he’d risk his life to retrieve a cassette tape.

I don’t disagree with Todd or others that the multi-film crossover architecture of the Marvel Cinematic Universe comes at the expense of clear beginnings and endings. That’s what’s ultimately frustrating about most open-ended serialized comics series, too: They plant hundreds of seeds and rarely watch any of them grow to full maturity. But I resist the idea that any particular kind of movie needs any particular set of elements to be artistically successful. Some films really are just about pretty pictures, or a ripping good yarn, or watching a star be a star. Not every movie needs to push every button.

Besides, Hollywood has a way of tweaking its formulas from year to year and decade to decade. One wave of movies’ limited goals may well prevent them from being “great,” or even a fully satisfying experience. But if that wave isn’t quenching the public’s thirst for certain kinds of characters or stories, another wave will follow that will remind us what we’ve been missing.