The Telluride Film Festival will show Birdman, Foxcatcher, and other movies people already guessed would be there 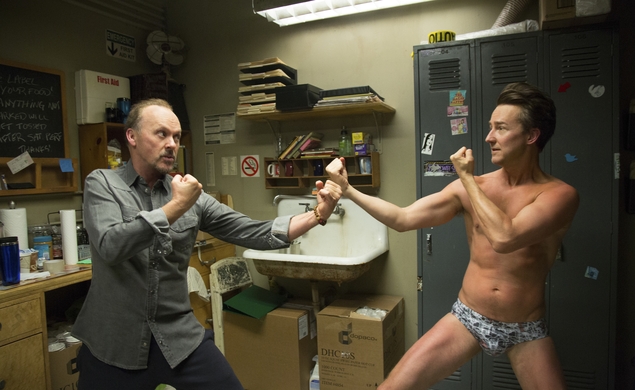 I haven’t written that much about the Cold War between the four major fall festivals—Venice, Telluride, Toronto, and New York—because I don’t think it’s something that matters to most festival attendees, let alone to those who are just following all the buzz from home. For example, when 12 Years A Slave became an Oscar frontrunner last year after its screenings at Telluride and Toronto, I don’t think most movie buffs thought that TIFF had its Oscar kingmaker status diminished, because Telluride showed the movie a few days before the Toronto première. I know that as someone who saw the movie at TIFF, I didn’t care that I didn’t see it first; I only cared that I got to see it at all.

Nevertheless, because the Toronto programmers have played hardball this year about premières—telling some producers and publicists that if they want their movies to play over the first weekend of the festival, they’ll have to skip Telluride—one formerly special wrinkle of festival season has been pretty much eliminated. It used to be that what set Telluride apart was its secretiveness. Attendees would show up in Colorado for a long weekend, not knowing until right before the festival began what they were going to see. But now that Toronto and New York are both labeling their films as “world première,” “North American première,” “Canadian première,” or “New York première,” it’s not that hard to look at what the other festivals are showing and piece together Telluride’s program.

All of which is a way of saying that there are no real surprises in the lineup that Telluride announced today. But the list below should still help cinephiles narrow down the fall’s must-see movies, because like New York, the Telluride festival lineup is small and carefully selected, usually representing a good chunk of what’s going to be competing for awards later this year. In that sense, maybe there is a surprise or two here—like, maybe Tales Of Grim Sleeper isn’t just another tawdry Nick Broomfield true-crime documentary, and maybe Jon Stewart’s Rosewater isn’t some vanity project. We’ll know more by the end of Labor Day—and in the weeks that follow, as Venice continues, and TIFF and New York begin, all with most of these same films.

Telluride also hosts screenings of older films, and this year will be showing a program of Carroll Ballard short films, plus the following titles (the first six of which were selected by guest programmers Guy Maddin and Kim Morgan):