Today in obligatory Star Wars news: Episode VII will be shot on film 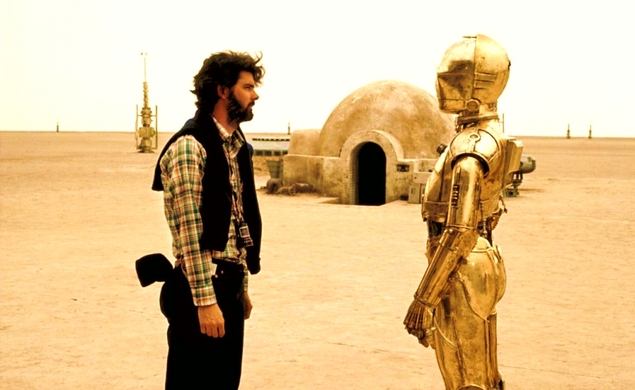 According to /Film, J.J. Abrams has tapped cinematographer Dan Mindel to shoot Episode VII of Star Wars. The news was apparently announced at an American Society Of Cinematographers event, where Mindel, who also shot Abrams’ Mission: Impossible III and both of his Star Trek movies, revealed that he would shoot Episode VII on Kodak film stock, and not on digital cameras.

That would already set Abrams’ Star Wars apart from George Lucas’ prequels; both Attack Of The Clones and Revenge Of The Sith were shot digitally on high-def Sony CineAlta cameras, and all three early Episodes were trailblazers in the field of big budget digital photography and special effects. /Film also notes that shooting on film means that Episode VII also won’t be shot in 3-D, although that doesn’t preclude Abrams and company from post-converting it to three dimension in post-production.

The new regime at Lucasfilm has already talked about their desire to make Episode VII with a balance of practical and computer generated effects; this news furthers that old school aesthetic. Which makes sense, given that these movies are set a long time ago in a galaxy far, far away.