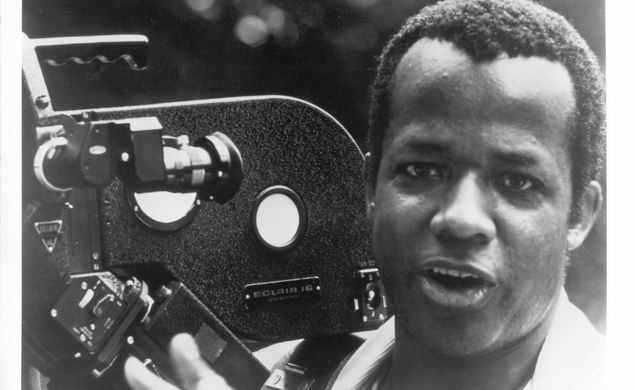 In William Greaves’ best-known film, 1968’s Symbiopsychotaxiplasm: Take One, two actors do their best to play a clumsy argument scene, while Greaves shows himself filming them, and shows his crew arguing about whether Greaves is unfairly biased, or just incompetent. Symbiopsychotaxiplasm: Take One isn’t much like the vast majority of Greaves’ work, given that he spent the bulk of his career making documentaries about black history for public television. But the 1968 film captures the essence of who Greaves was in his early 40s: an artist, an acting coach, and an African-American, striving to make a record of his own experiences while staying honest about the layers of pretense that are always going to be present when a person performs for strangers.

Greaves, who died on Monday at age 87, was active in the New York theater scene in the 1940s and 1950s, at the same time that peers like Sidney Poitier, Ossie Davis, and Ruby Dee were actively trying to change the way American show business on both coasts perceived black actors and black roles. Greaves ultimately decided to fight on a different front, moving to Canada to apprentice with the National Film Board, then returning to New York in the 1960s to produce and co-host the Emmy-winning monthly National Educational Television program Black Journal (later renamed Tony Brown’s Journal after Brown took over for Greaves in 1970). From the late 1960s and into the early 2000s, Brown worked on ambitious documentaries  that explored African-American life, via biographies of historical figures like Ralph Bunche and Ida B. Wells, and via more esoteric subjects, such as one tense Muhammad Ali/Joe Frazier boxing match.

But it was the almost-forgotten experiment Symbiopsychotaxiplasm: Take One that cemented Greaves’ place in American independent cinema. Rarely seen back when it was originally completed, Symbiopsychotaxiplasm: Take One popped up in repertory houses and film festivals periodically over the decades, and was eventually released on DVD by The Criterion Collection after Steve Buscemi and Steven Soderbergh helped finance distribution for the film and its 2005 sequel. In one sense, the Symbiopsychotaxiplasm project was an anomaly in Greaves’ distinguished career. But really, all of Greaves’ films were just as personal and pensive—it’s just that Greaves stopped showing the cameras always hovering just outside the frame.