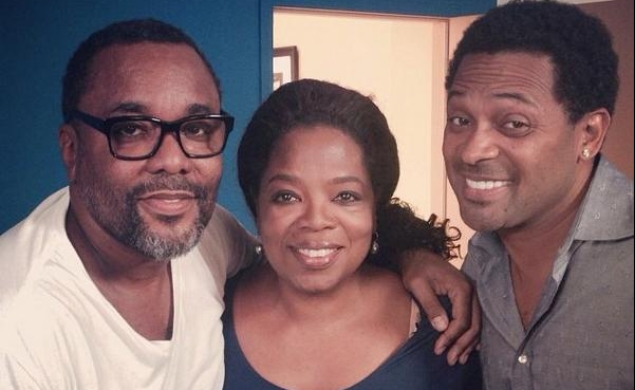 Two weeks ago, I passed along the rumor that comedian Mike Epps has given such an electrifying audition for director Lee Daniels that Epps had become the front-runner to play Richard Pryor in Daniels’ upcoming biopic of the influential comedian—rocketing past Nick Cannon, who had previously claimed in a roundabout way via Instagram that he was going to be Pryor. And now, because apparently all important information in Hollywood these days is passed along via semi-cryptic photographs on social media, Daniels has sort of confirmed via Twitter that Epps has the job. I say “sort of” only because The Weinstein Company, which is producing the film, hasn’t yet released an official statement on the casting. But given that Daniels tweeted, “Get ready y’all- #MikeEpps as #Richard Pryor,” it’s probably safe to assume that Epps is in.

Eagle-eyed observers may have also noted that in Daniels’ picture, he and Epps are on either side of Oprah Winfrey, who is apparently involved in the film in some as-yet-unspecified capacity. Winfrey signed on as an executive producer for Daniels’ breakthrough film Precious, and was considered a strong Oscar contender last year for her performance in Daniels’ The Butler. Winfrey posted her own, very similar photo of her, Daniels, and Epps on Instagram:

Neither Epps, Winfrey, Daniels, nor Cannon has yet put a picture on Facebook or Pinterest, and no Vines have been released. Until such time, consider this news still “pending.”