Today in movies-turned-TV-shows: Shutter Island (and maybe The Truman Show, Narc, and Ghost) 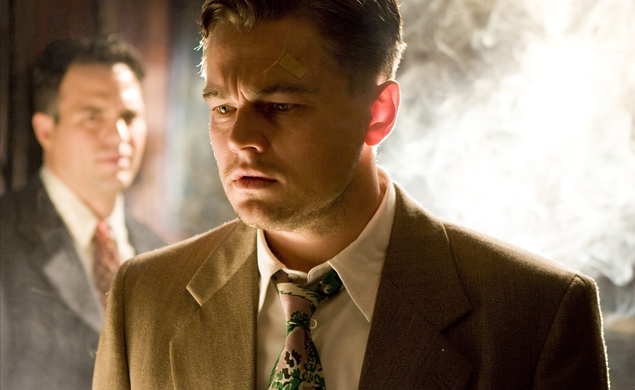 Deadline says Paramount has been “mining the studio’s movie library” lately for new television series. At the rate the studio is going, it’ll strip the mine bare in a few months and will have to move on to fracking that library for the last traces of usable natural resources.

On the heels of Paramount selling the Richard Linklater movie School Of Rock to Nickelodeon, the studio is now reportedly making the necessary deals to turn Martin Scorsese’s Shutter Island into an HBO series as well. Scorsese would potentially direct the pilot from a script by Dennis Lehane, author of the original Shutter Island novel. The series, tentatively titled Ashecliffe, after the name of the psychiatric hospital where the film and the show are set, would take place “before the events of the film” (where Leonardo DiCaprio and Mark Ruffalo play U.S. Marshals investigating an inmate’s disappearance) and chronicle “the secrets and misdeeds perpetrated by [Ashecliffe’s] founders.”

If the timing works out (Scorsese is a busy guy), it would be his third HBO project, after directing the pilots of Boardwalk Empire and the channel’s upcoming still-untitled series about New York City’s 1970s rock scene. Though I’ve been skeptical about some movie-to-TV adaptations (we talked about the reasons why in a recent Conversation here at The Dissolve), the crop of recent high-quality ones have made me reconsider my position. Without spoiling Shutter Island, Ashecliffe’s premise makes it sound like it would share very little with its cinematic source material beyond its setting, which is fine. A rote rehashing of a movie I’ve seen doesn’t interest me; a moody psychological drama from Scorsese and Dennis Lehane absolutely does.

Ashecliffe is just one of Paramount’s TV projects based on its back catalog. Deadline lists three more films it’s targeting as possible series. Here’s a brief rundown of each, in descending order of potential:

The Truman Show: This would be a “re-imagination” of the 1998 Jim Carrey movie about a man who’s lived his entire life in front of television cameras without realizing it, and it’s a good idea; the evolution (or devolution) of reality TV in the 15 years since the film came out means there’s plenty of new material to mock and explore. With the right creative team, I would be really excited to watch this.

Ghost: The 1990 Demi Moore/Patrick Swayze supernatural weepie has already been a short-lived Broadway musical, so why not a serialized drama too? The soapier elements seem like they could work well on the small-screen; TV has a proud history of shows about endless romantic longing. It could be tricky to stretch the husband-ghost’s frustrating attempts to reach his wife over dozens of hours, but the notion of lost souls wandering the Earth might give the creators enough interesting material to play with.

Narc: A “crime drama inspired by” the 2002 Joe Carnahan movie about a cop investigating the death of an undercover narcotics officer. The television version will need a bit more than that to fill out the concept, and to differentiate it from the many cop shows that are already on television. But with the right hook (and the right showrunner), this could work as well.