Our next Movie Of The Week: Jorma Taccone’s MacGruber 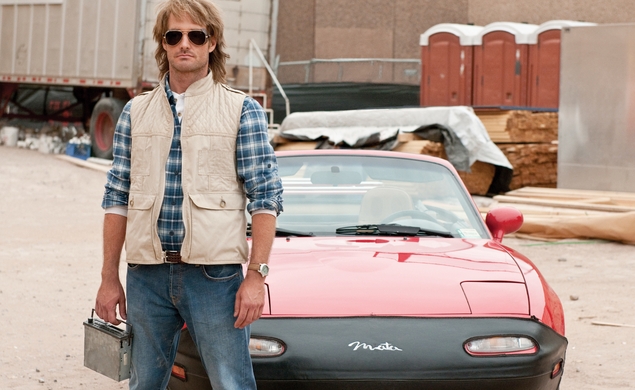 The way this week’s been going, we could all use a laugh. So we’re going to lighten things up with our next Movie Of The Week, the 2010 comedy MacGruber. In this big-screen adaptation of a popular series of Saturday Night Live sketches, Will Forte stars as the title character, a former secret agent of the U.S. government who looks an awful lot like Richard Dean Anderson from the 1980s TV series MacGyver. After spending years mourning the death of his wife (Maya Rudolph) at the hands (or technically the rocket launcher) of the evil Dieter Von Cunth (Val Kilmer), MacGruber is called back to action by his old boss (Powers Boothe) when Cunth steals a nuclear missle. Partnered with a straight-laced Army man (Ryan Phillippe) and a terrible musician (Kristen Wiig), it’s up to MacGruber and his team to save the world (and find the guy who cut him off in Las Vegas and torch his car).

A week of classic MacGruber starts on Tuesday with my Keynote, which will consider the reasons for the film’s box-office failure and its rise as a major cult comedy. (Reason No. 1: It’s super-funny.) On Wednesday, we’ll have a Forum devoted to MacGruber’s surprisingly slick visual style, its pop-culture references, and its snarky depiction of the modern American hero. Then on Thursday, the entire staff of The Dissolve will convene to break down the canon of Saturday Night Live films, in the latest installment of our occasional “By The Numbers” feature. We’re putting together a team, readers, and we want you on it. Now: Who wants to be the one to distract the bad guys with a piece of celery in their butt?

Upcoming Movies Of The Week
August 25: Out Of Sight
September 1: Hedwig And The Angry Inch
September 8: The Lady Eve
September 15: Grey Gardens