Resident lava in the trailer for Paul W.S. Anderson’s Pompeii 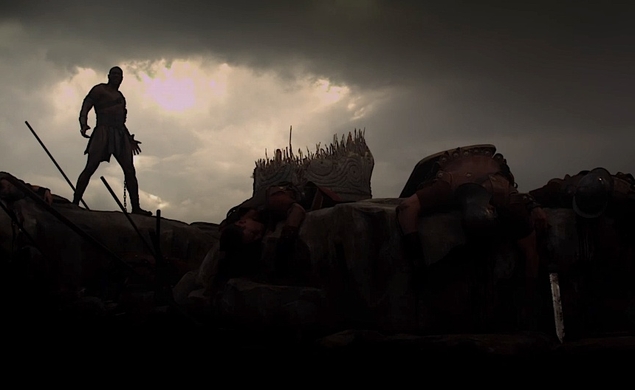 The story of the eruption at Mount Vesuvius and the destruction of the ancient city of Pompeii are very old; like, at least five or six years old. That’s when I first saw posters for a historical disaster and action movie called Pompeii at the Cannes Film Festival. That project was an adaptation of the novel of the same name by Robert Harris that was supposed to be directed by Roman Polanski. Polanski’s Pompeii fell apart around the time of the 2008 Screen Actors Guild strike, eventually clearing the way for this Pompeii, from Resident Evil director Paul W.S. Anderson.

His version stars Game Of Thrones’ Kit Harington as a slave named Milo who, according to IMDb, is “a slave on a ship heading for Naples” trying “to get home to save the woman he loves and his best friend, a gladiator trapped inside the city's coliseum.” Here’s the first trailer:

There’s a decidedly Titanic-ish vibe to the trailer’s tale of star-crossed lovers fighting to survive amidst a horrific disaster. (I can already hear someone screaming “Volcano! Right ahead!” just before the big eruption.) And also a lit bit of 300 in there too, with the loincloths and the ripped abs and the man-candy and whatnot. This, I’m guessing, was not exactly what Roman Polanski had in mind for this material.