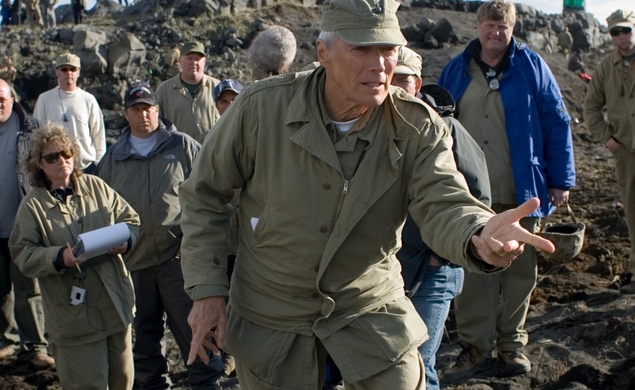 Given all the jockeying lately for favorable blockbuster release dates—with producers staking claims years in advance for movies that have no titles, stars, directors, or stories—it’s hard to believe that any studio could still suddenly announce in August that it’s going to open a movie on Christmas Day, four months from now. But that’s what Warner Bros. did yesterday, officially slotting Clint Eastwood’s American Sniper in for a limited Christmas release, before opening the movie wide in January. As anybody who pays attention to Hollywood knows, this decision isn’t some casual, “Oh, the movie’s done? Let’s go ahead and put it out.” By getting the film into a few theaters by the end of the year, Warner Bros. will make American Sniper Oscar-eligible. Announcing a Christmas opening for the picture is the studios’ way of saying that it thinks it has a contender.

A bulked-up Bradley Cooper stars in American Sniper as Chris Kyle, the former Navy SEAL who in his 2012 memoir claimed to have killed more than 250 people (more than 150 of them confirmed) during four combat tours in Iraq. Kyle’s book—and his 2013 murder by a fellow veteran at a shooting range—made him a hero among hawks, which should also make him an ideal subject for the Republican-friendly Eastwood. On the other hand, this project was originally developed by Cooper (who’s the executive producer) with his friend David O. Russell in mind to direct, and then later, Steven Spielberg was going to do it. So this film—written by Jason Dean Hall—may be something more than just straight-up hagiography. It could fall in line more with complex Eastwood meditations on violence and war, like Unforgiven, A Perfect World, Flags Of Our Fathers, and Letters From Iwo Jima.

Warner Bros. surely hopes that American Sniper will follow the path of Eastwood’s Million Dollar Baby, which came from out of nowhere at the end of 2004 and went on to win the Academy Award for Best Picture. This year’s slate of contenders looks to be stronger than the one 10 years ago (when Million Dollar Baby beat out The Aviator, Ray, Sideways, and, believe it or not, Finding Neverland). But American Sniper is now part of 2014’s awards conversation, even if it proves to be overmatched.