Scarecrow Video, one of the largest video stores in the world, to become a non-profit 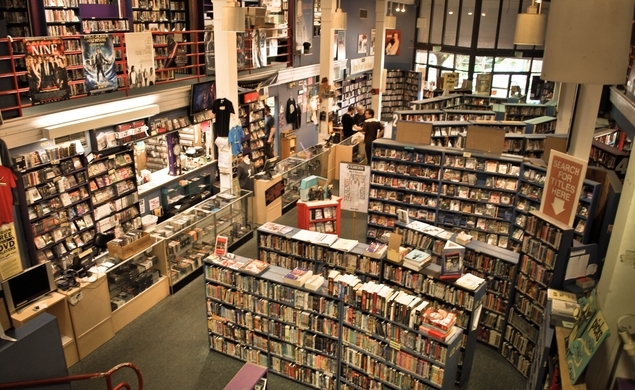 When I moved to Brooklyn a little over five years ago, there were four video stores within walking distance of my apartment. Browsing through each of them on my family’s nightly dog walks became a beloved ritual. Today, just one remains, and everytime I pass it, I worry that the next time I walk by, it will be closed forever. The last location of Kim’s Video, the famously eclectic New York chain (where I worked for about a year after grad school), shuts its doors at the end of August. We are rapidly approaching the end of an era—or maybe the era is already over, and a few brave, passionate souls refuse to acknowlege it.

One such group are the folks at Scarecrow Video, one of the country’s largest and best independent video stores (their current inventory is about 120,000 titles, including many rare and out-of-print films). Although Scarecrow is known by cinephiles the world over (and even published their own movie guide about a decade ago), it too has been hit hard by the rise of Netflix and other streaming services; last fall, they reported a 40 percent drop in rentals and potential permanent closure. Today, Scarecrow announced that in light of their financial struggles the store will close in October—and then reopen, as a non-profit organization. They’ve launched a Kickstarter called “The Scarecrow Project” to raise the $100,000 needed, according to a press release, “to open the doors in the October and secure our ability to continue operations as we find our non-profit stride.” Donor rewards for the fundraiser include downloads of VHS oddities culled from Scarecrow's massive library, the opportunity to curate special sections (like, say, oh I don’t know, “The Films Of Arnold Schwarzenegger”), private screenings at the store, or even free rentals for a full year.

When Blockbuster announced its demise last fall, I wrote an op-ed about why we still need video stores; everything I said then still stands. If you live in Seattle, or just feel like supporting one of the great bastions of physical media, you can check out The Scarecrow Project here. And if there are any video stores left in your neighborhood, walk by tonight and see what they’ve got in stock.