The Speculometron: Will Sam Smith sing the theme song for Bond 24? 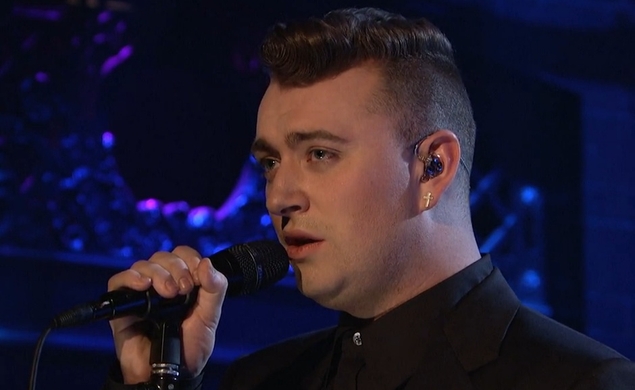 Source: An anonymous MGM employee, quoted in The Sun. (The article isn’t online, but it’s been cited by multiple music and film websites, including NME.)

Evidence: The Sun article was reportedly about Adele declining the offer to sing the title song, even though her Skyfall theme won an Oscar. When asked about Adele saying no, and about the rumors that Smith was in negotiations to do it, the MGM source is said to have said, “Sam is our top choice. He has the profile, cool image, and an astonishing voice to record a Bond theme.”

The Speculometron’s calculations: The first question is, would Smith be a good choice to sing the Bond theme? The answer there is yes, for multiple reasons. The Bond series has a tradition of hiring male and female singers with much the same R&B-inflected pop style as Smith’s—including Tina Turner, Shirley Bassey, Alica Keys, and Adele. Also, as NME notes, Smith would be the first solo British male singer to do the theme since Tom Jones sang “Thunderball” in 1965. (Other British males who’ve sung over the Bond credits have done so with a band, such as Paul McCartney with Wings for Live And Let Die, and Simon Le Bon with Duran Duran for A View To A Kill.) And as Indiewire’s /Bent blog points out, Smith would be the first openly gay person to sing the Bond theme. All of that adds up to a good reason for Smith to clear some room in his busy schedule to do this job. It’s a prestigious assignment, taken on by some of the biggest names in the history of popular music—and also by a-ha.