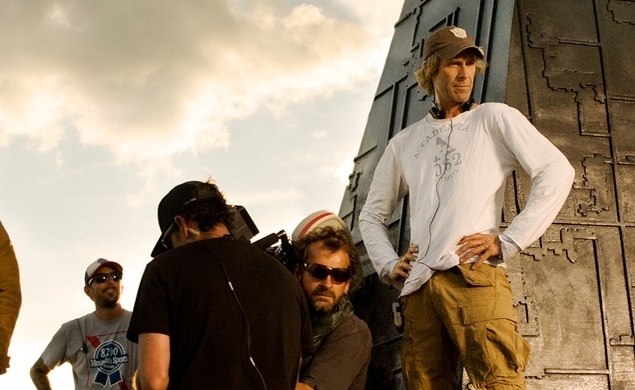 Having declared cinema dead in the early scenes of Transformers: Age Of Extinction—and then having spent the rest of the movie proving it—Michael Bay says he is finally ready to move on from the franchise that has made him one of the wealthiest and least-liked directors in Hollywood. At the end of an interview with USA Today, Bay claims he has disguised his last robot, and that when Transformers 5 inevitably rears its ugly head, it will do so at the behest of another filmmaker. His quote:

“‘There's kind of a new chapter, a new direction in movies I want to make,’ says Bay, who is eyeing a passion project, a documentary on elephant poaching. ‘I have a lot of stories to tell. And it’s about flexing new muscles.’”

Before you start planning a party to commemorate the end of our long, national cinematic nightmare, beware: This is not the first time Bay has insisted he was through with the Transformers franchise. Bay actually promoted the third film, Dark Of The Moon, claiming it was his fond farewell to Optimus Prime. Then he said he wasn’t making Transformers 4 because he was going to direct Pain & Gain instead—then ended up making both, the former to get Paramount to pay for the latter. Bay’s Age Of Extinction is terrible, and at times even feels like the work of a man brimming with self-loathing for having taken a job he really didn’t want (hence all the talk about the death of cinema, and the subplots about mercenaries forced to hunt Transformers agains their will). But the movie made over $1 billion worldwide. Who needs passion when you have Mark Wahlberg and transforming robots?

Bay later claimed seeing the huge response to the Transformers theme park ride reignited his enthusiasm for (and protectiveness of) the material. So no one make another Transformers ride for the love of God.