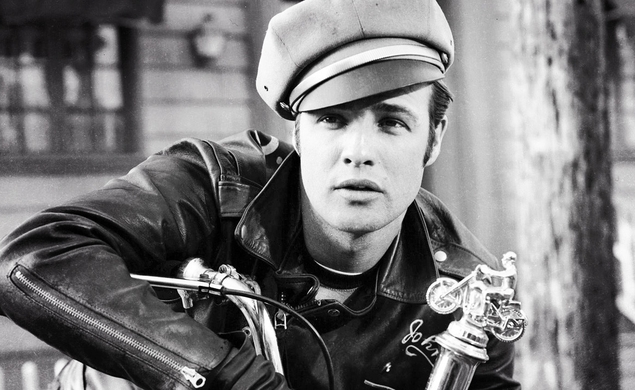 Turner Classic Movies’ actor-a-day “Summer Under The Stars” series honors Marlon Brando today, with a slate of films mostly drawn from the 1950s, when Brando became a sensation with an earthy, mumbly acting style that Hollywood didn’t always know how best to use. The two 1953 films The Wild One (airing at 10:15 p.m. Eastern) and Julius Caesar (1:45 a.m.) show how Brando adapted to his opportunities. After being nominated for Best Actor Oscars for 1951’s A Streetcar Named Desire (airing at 8 p.m.), and 1952’s Viva Zapata!, both directed by his Actors Studio mentor Elia Kazan, Brando defied expectations by performing Shakespeare alongside the likes of James Mason and John Gielgud. Critics anticipated a disaster; instead, Brando brought a naturalism to the Bard that audiences found electrifying and edifying. But it was almost as surprising what Brando did next: playing an outlaw biker in the lean, somewhat tawdry melodrama The Wild One. Though based on an award-winning, torn-from-the-headlines Harper’s short story, The Wild One plays like a B-movie—perhaps because so many cheap biker pictures in the 1960s ripped off its story of outsiders in conflict with squares. Nevertheless Brando still looks like a big deal in The Wild One: stunningly handsome, with his brooding eyes and cocked cap, and appealingly human in the way he defies his image to show compassion for a small-town girl. Brando notched his third Oscar nomination for Julius Caesar—he’d finally win one year later, for On The Waterfront—but The Wild One would become one of Brando’s most indelible roles.