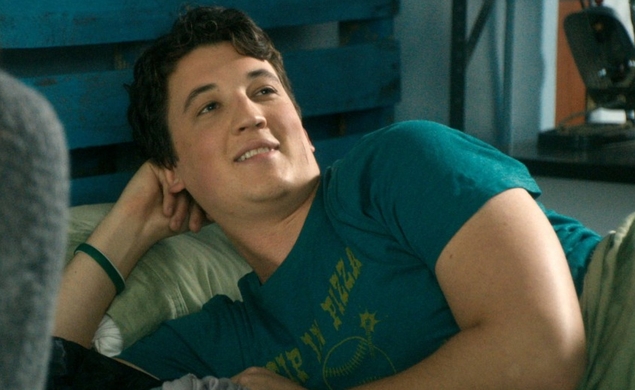 No this is not a sequel to a movie called One Night Stand that you’ve never seen; this new rom-com’s premise is that a couple hook up on a blind date, have sex, then can’t leave the next morning when they’re trapped in his apartment by a blizzard. Hence, Two Night Stand, starring Miles Teller, the young star of Rabbit Hole and The Spectacular Now, and Analeigh Tipton, the second-runner-up on Cycle 11 of America’s Next Top Model (and, more recently, Scarlett Johansson’s roommate in Lucy). Here’s the film’s first trailer:

The trail of the tape
Title: Two Night Stand
Director: Max Nichols
Screenwriter: Mark Hammer
Cast: Miles Teller, Analeigh Tipton, Jessica Szohr
Release date: September 26, 2014
Tagline: “When strangers hook up, nobody gets off easy”
Suggested alternate title: The Spectacular Morning After
The entire trailer in one line of dialogue: “It was lovely having sex with you.”
The entire trailer in one screengrab:

This film seems ripe for one of those recut trailers where an amateur editor recasts a movie from one genre into another. Here you have story of a young woman who hates her date with a man and then can’t leave his apartment. It’s played for romantic comedy (and it looks like it could be a reasonably funny one, particularly if it gets as frank as the trailer suggests it might), but it sounds more like a horror movie; Misery meets When Harry Met Sally. Now I kind of want to see that movie; let’s all Kickstarter a remake of Two Night Stand in a darker vein, and then call that one Two Night Stand 2.