Short Cuts: “The Jump,” a three-minute documentary about the birth of bungee-jumping 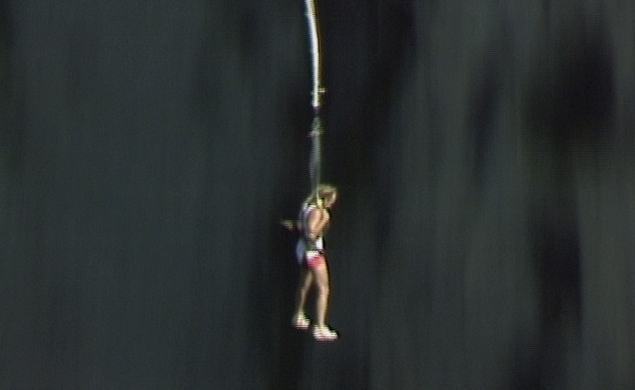 A couple of months ago, I featured Joel Kefali’s animated documentary “Baba” in Short Cuts, but failed to mention at the time that “Baba” is part of a series of three-minute documentaries called “Loading Docs,” funded by the New Zealand Film Commission and NZ On Air’s Ignite Digital Media Fund. Alex Sutherland’s “The Jump” (produced by Rebekah Kelly) is another “Loading Docs” short, and is all about Sutherland’s father-in-law, Chris Sigglekow, who has a claim on being one of the inventors of modern bungee-jumping. Though far from the first person to strap himself to a piece of cord and jump off a tall structure into a body of water, Sigglekow drew international attention when he and fellow adventurer AJ Hackett started planning and executing spectacular jumps from huge bridges in New Zealand in the mid-1980s. Hackett eventually moved away, continued with the publicity stunts, and got rich turning bungee-jumping into a commercial proposition, while Sigglekow stayed home.

Sutherland’s film doesn’t get much into any bitterness Sigglekow might feel over Hackett earning money and fame from a project they worked on together. The short does however feature some jaw-dropping footage of Sigglekow’s jumps, attempted before all the bungee safeguards had been perfected. The jumps start small and get bigger and bigger, and even though the viewer knows that Sigglekow’s going to be okay—because he’s alive today and talking to Sutherland—there’s still something alarming about watching a man just fling himself from a bridge, with only a springy rope to rely on. It’s the essence of spectacle, repeated in “The Jump” over and over for three nerve-wracking minutes.