Source Material: The Teenage Mutant Ninja Turtles comic book was a phenomenon long before any cartoon, video game, or movie 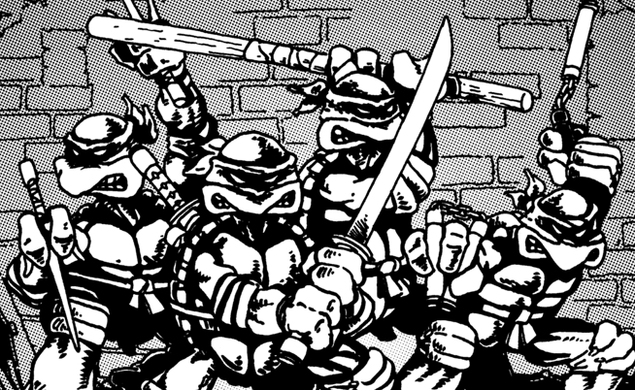 Much of popular culture is a direct or indirect reaction to something going on at the particular moment of its creation, but as the years pass, formerly well-known movies, bands, books, and public figures fade from the common memory, leaving schmucks like me—obsessed with cultural context—to try and make sense of where some perpetually popular properties came from. But to quote LCD Soundsystem, “I was there” when Teenage Mutant Ninja Turtles came to be back in 1984. I wasn’t literally there, in the makeshift Delaware work-space where writer Peter Laird and artist Kevin Eastmen drew the first 40-page, magazine-sized, black-and-white issue of the Teenage Mutant Ninja Turtles comic book. But I was haunting comics shops back then (in the days when “comics shops” were still relatively new) and I remember how quickly the early TMNT comics went from being a funny-sounding concept to an honest-to-goodness phenomenon, until it seemed like every other comic on the stands in any given store’s “independent” section was a Turtles parody (such as Adolescent Radioactive Black Belt Hamsters, which was an actual thing). 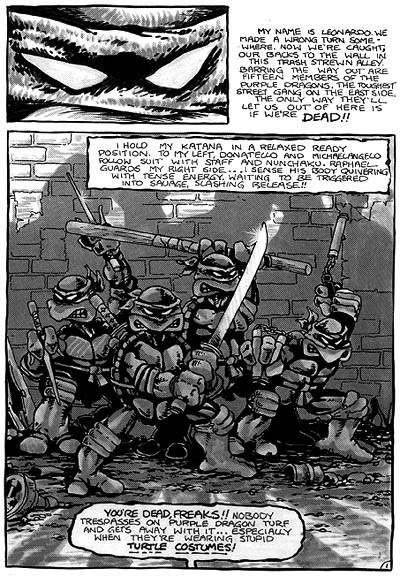 The irony of all that was that the early issues of Teenage Mutant Ninja Turtles were themselves a parody: of Frank Miller’s super-serious, ultra-violent Daredevil comics (and Miller’s similarly grim Ronin series). But the parody was so slickly entertaining and action-packed in and of itself that it kept selling long after comics fans had forgotten that it was a joke. Eventually, the success of TMNT and its various parodies inspired more self-publishers and small independent companies to fill the shelves with cheaply produced novelty comics, initiating what came to be known as “the black-and-white glut,” which proved damaging to both the independents and to comics’ fledgling direct market. Eastman and Laird, meanwhile, licensed the turtle images first for tchotchkes, and then toys, a video game, a cartoon series, and a movie, and with each new iteration, the characters lost of a lot of their original edge, and grew further away from those what those early comics represented. I remember when Roger Ebert reviewed the first Teenage Mutant Ninja Turtles movie in 1990, he indicated that he knew what the franchise was all about because he’d played the Nintendo game, and was aware of the cartoon. The comic book never came up. 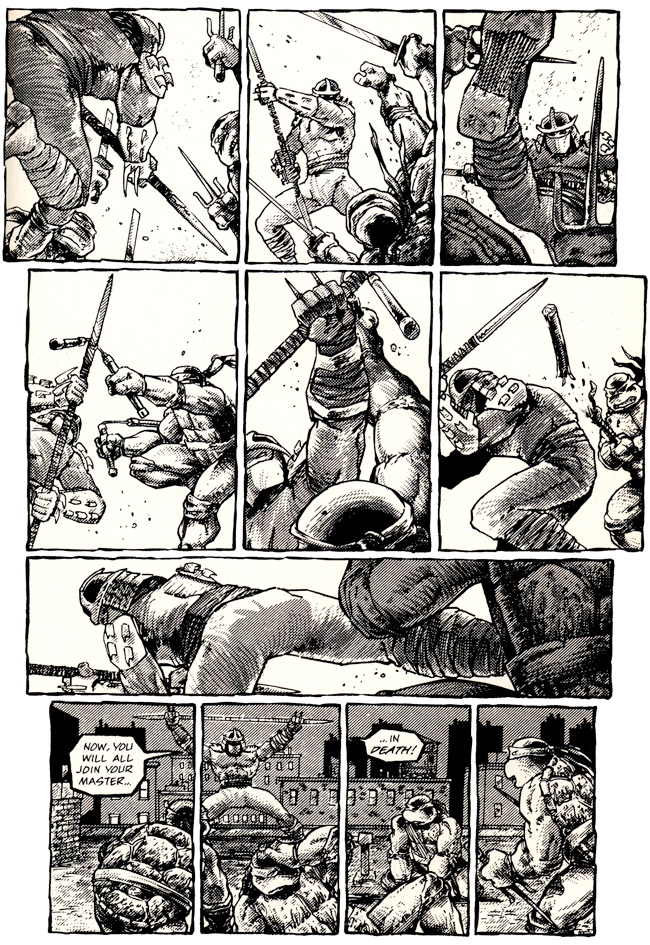 Truth be told, compared to some of the incredible work being produced in comics in the 1980s, the Eastman/Laird Teenage Mutant Ninja Turtles is what it initially seemed to be: an inconsequential goof. But it’s a well-drawn goof, with a lot of energy and a sense of humor. There’s something special and handmade about it, which was bled away with each new tie-in product. When people talk today about how the new Teenage Mutant Ninja Turtles movie sours the memories of something they enjoyed when they were kids, I think to myself, “The souring began long ago.”