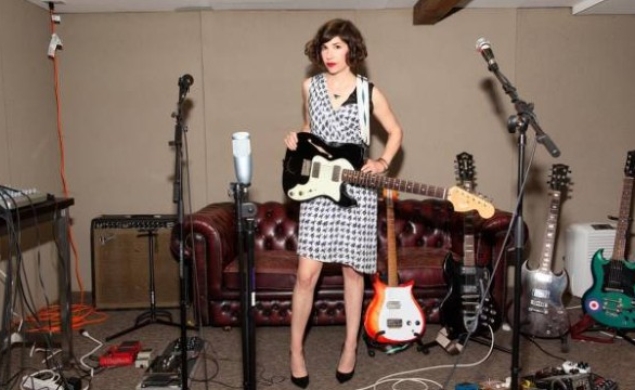 Fans of Carrie Brownstein’s 1990s punk band Sleater-Kinney wouldn’t have predicted that she’d remake herself as a sketch comic, becoming the co-creator (with Fred Armisen) of the IFC series Portlandia. And fans of Portlandia likely wouldn’t have predicted Brownstein’s latest move: filling in for the late rom-com master Nora Ephron on a project Ephron left unfinished when she died in 2012. But Deadline reports that Columbia Pictures and the production companies Good Universe and Neal Street (the latter headed up by Sam Mendes) have hired Brownstein to write the screenplay for Lost In Austen, an adaptation of a British TV miniseries about a modern young woman who finds herself transported into the world of Jane Austen’s Pride And Prejudice, which she then proceeds to ruin.

There’s something appropriate about Brownstein stumbling into Ephron-land to complete a script about a hip young Brooklyn resident stumbling into Austen-land (though not Austenland). There’s a stroke of genius about it, too, because for all of Ephron’s talents for snappy dialogue and for capturing the zeitgeist in films like When Harry Met Sally… and You’ve Got Mail, odds are good that Brownstein knows a little more about the mind of the modern Brooklyn-dweller than Ephron would’ve. There’s no apparent time-table for the project to go into production—and no director or cast yet—but when and if the Lost In Austen movie does get made, it’s going to be interesting to see how Ephron’s neurotic wit meshes with Brownstein’s more aloof, satirical comic style.